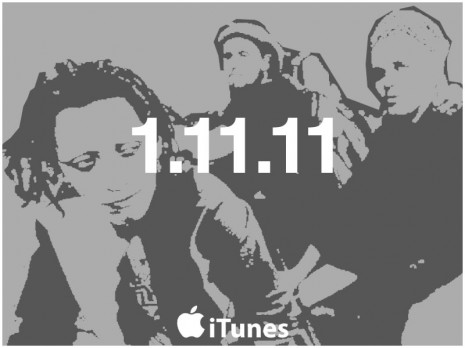 Recognized for being the first punk rock band in the CBA market, Scaterd Few pushed (annihilated would be the proper description) any and all boundaries established by the conservative and religious right. Twenty‐eight years and five releases later they’ve found a new home in digital distribution.

On Jan. 11, 2011 the complete catalog will be available for digital download from iTunes, Amazon MP3, eMusic and Rhapsody among others. “This is just the beginning of what we hope to do in making Scaterd Few available to its fans, the ones that made it all possible in the first place,” stated Allan Aguirre, fka Ramald Domkus, singer and founder of the band, “People have waited patiently for authorized digital content, and we appreciate that”.

Scaterd Few was birthed in the early spring of 1983 out of a grassroots street ministry to Hollywood’s homeless punk rock youth. “I saw the need to just reach out in friendship to these homeless kids my own age,” says Aguirre, “So I did this by being their friend, bringing them food and blankets… simple things that won their trust and confidence.” Aguirre continues, “In 1983 the only punk rock band with a positive spiritual message was a Rastafarian band from DC called the Bad Brains. There was an obvious need for a band to bring the correct spiritual message from scripture to the scene, and so I started that band”.