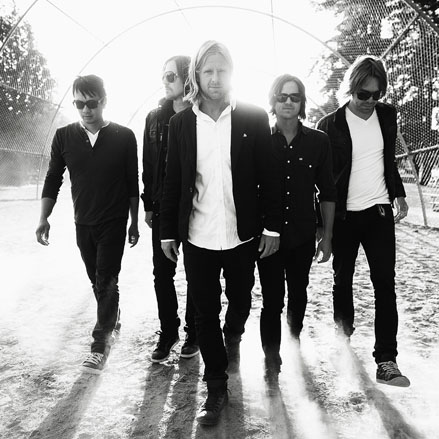 On September 7 and 8, some of the most exciting bands in Christian rock will come together for Rock the Universe 2012 at Universal Orlando Resort – Florida’s biggest Christian music festival.

This year’s line-up features some of the most popular names in Christian rock.  More than a dozen hit bands will take the stage, including Skillet – which was awarded a Billboard Music Award for “Top Christian Album” in 2011; four-time Grammy-nominated band Newsboys; rock group Switchfoot, which has sold millions of albums worldwide; and three-time Dove award winner Jeremy Camp. The full line-up is below.

Plus, guests will enjoy the thrilling attractions only found at Universal Studios Florida.  They can rock out to hit songs at 65 mph on Hollywood Rip Ride Rockit, laugh along with America’s favorite animated family on The Simpsons Ride and speed through the darkness on the world’s first psychological thrill ride – Revenge of the Mummy.

There are many ways to enjoy your Orlando vacation – but there is only one Universal Orlando Resort.  It is a completely separate destination featuring two theme parks, three magnificently themed on-site hotels and a nighttime entertainment complex.  It’s the only Orlando destination where you are not just entertained – you are part of the most exhilarating entertainment ever created. You can soar above Hogwarts with Harry Potter, swing above the streets with Spider-Man, battle aliens alongside Agent J, and help Shrek save Princess Fiona in Shrek 4-D.  You can be courageous, be outrageous – and be extraordinary.

Universal Orlando Resort is owned and operated by NBCUniversal, one of the world’s leading media and entertainment companies.