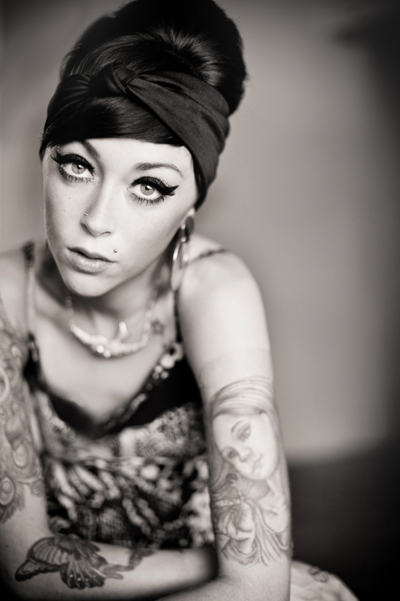 The name Renee Yohe may be familiar to you from all the support work the non-profit organization, To Write Love on Her Arms has done in her honor. Following the success of her acclaimed book, “A Purpose For The Pain,” which documents her journey from self-destruction to her new outlook on life through a series of heartbreaking and inspiring journal entries, Renee is now channeling all of her creative energy into her music career with her new band, BEARCAT. Her hauntingly beautiful voice, which has been compared to the likes of Fiona Apple, Zooey Deschanel and Kate Nash, has landed BEARCAT a highly coveted spot on tour with Never Shout Never this spring. The band has just announced a kickstarter campaign (http://kck.st/AErDWH), and is now reaching out to the public to help fund their upcoming album. Check out the premiere of “Crazy Fishes” on HelloGiggles.com here: http://bit.ly/xu6Cyo.

Throughout her life, Renee Yohe has always believed in the value of telling her story. The platforms have changed from social media, to books, to public speaking engagements, and most recently, a film based on her life starring Kat Dennings and Chad Michael Murray (due in 2012).  Renee first entered the public spotlight with To Write Love on Her Arms, a non-profit organization that aims to present hope for people struggling with addiction, depression, self-injury and thoughts of suicide. In December 2011, TWLOHA was awarded a $1million grant from Chase at the first-ever American Giving Awards on NBC. By sharing her own personal struggles, Renee and the organization have helped millions.

Through everything, music has always played a crucial and stabilizing role in Renee’s life. Her favorite bands helped her through some of her darkest times. Later on, TWLOHA would find it’s biggest initial support and exposure from bands that would wear the organization’s t-shirts. When the opportunity came to form her own band, the transition just felt natural.

Renee’s eclectic talents and triumphant experiences create a compellingly notable project with BEARCAT. With a new album, a spring tour and a film due out in 2012, this is set to be their year.

Please help BEARCAT fund their upcoming albu by checking out their kickstarter campaign and spreading the word! Check out the campaign here: http://kck.st/AErDWH