On the verge: Owl City is a state of mind, not a place 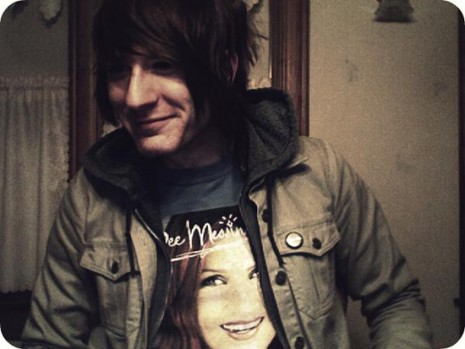 The power of the Web: Two years ago, Adam Young started tinkering around on his computer in his parents’ basement in Owatonna, Minn., as a way to combat insomnia and boredom. Now he’s still tinkering around on his computer, except it’s in his own basement and he’s getting paid to do it. “I started writing electronic music in my spare time in between jobs,” says Young, 23. “I put some songs on MySpace and didn’t tell anyone, but word got around, and then Universal got a hold of my music, and here we are.”

Where we are: Young, known as Owl City (he liked the sound of it and was too shy to go by his real name), lived in relative obscurity until July, when he released his sophomore album, Ocean Eyes, impressing critics with his infectious brand of electropop. (His first, Maybe I’m Dreaming, was self-released in 2008.) Ocean peaked at No. 27 on Billboard‘s album chart, selling 50,000 copies to date. His music has generated 42 million MySpace plays and a million iTunes downloads.

His first try at live: Those are impressive numbers for someone who, just a year ago, had never performed in front of an audience (his first live appearance was in February). “It all happened opposite for me,” Young says. “I thought the way to get established was to perform at local gigs and branch out. (It turned out) my music was popular everywhere else but where I live. But sometimes I get recognized at the Wal-Mart, which is surreal, but good.” He goes out on club and theater dates this fall, starting Sept. 9 in Nashville, then heads to China and Japan in November.

Discovering his career path: Before becoming Owl City, Young led a rootless existence. “I worked dead-end jobs, I went to a community college,” he says. “It was tough for me because I didn’t really know what I wanted to do. I moved to Minneapolis for a little while, and that’s where I got interested in writing music.” Last year, he worked in a warehouse loading Coca-Cola trucks. “I had bigger muscles back then,” he jokes. “But I’m happy to trade them in to do what I’m doing now.”

Out and about: His burgeoning music career has afforded him a substantial fringe benefit — traveling. “Growing up, we didn’t have a lot of money to take vacations,” he says. “I’d never seen the ocean until last year when I was visiting relatives in Connecticut.” Since then, he’s been riding the wave of success to travel to both coasts. “I wrote Hello Seattle because it’s everything I imagined that city to be,” he says. “I love the history and rich culture of Boston. And the album cover is a famous hotel in Dubai. It encompasses that dreamy feeling I get from looking at the ocean.”

Intriguing inspirations: When he’s not dreaming about, or visiting, other places, Young spends his time reading old children’s books and watching films from the ’40s and ’50s. “Old children’s books spark my imagination. And I love (Alfred Hitchcock’s) Rebecca. It’s suspenseful but in a cool, organic way, without all those special effects.”

Still, there’s no place like home: As much as Young loves traveling, he has no plans to leave Owatonna. “I like the feeling of leaving, but I love coming back more,” he says. “It’s home; it’s a good, quiet place to be.”