WHAT: After a murder rocks the Austin, Texas, music scene, the case goes cold – leaving a son with nothing but unanswered questions for more than 20 years.

WHO:                         Correspondent Tracy Smith reports the story of Natalie Antonetti – a young mother whose son found her beaten in their home when he was only 16 years old. She hung on to life in a coma for two weeks before she died. A vibrant part of the tight-knit Austin music community, Natalie’s murder went unsolved, until one phone call cracked the case wide open.

WHY YOU Exclusive television interviews with:

WATCH: – Johnny Goudie: today a musician himself, Natalie Antonetti’s son speaks out about the mother he lost, the mystery surrounding her death, and the shock he felt when police called him to tell him who they suspected as the killer.

WEIRD: – Check out this strange connection to this story: Austin, Texas area Christian metal band Stryken recorded a couple albums with this convicted murderer/music producer. Dennis Davis had done some engineering on the original Blitzkrieg cassette album by Stryken, so when the band was looking for a studio around Austin to record their First Strike album, they re-connected with Davis, whom they’d had a good experience with. At the time Davis’ Studio D was a happening studio in Austin. He wanted to help the guys in Stryken out, so they negotiated some bartering in addition to some cash for these sessions. Some steam cleaning in the studio was promised, as was a car. Sounds simple enough, right? It was. No big deal. Turns out this automobile was witnessed at the scene of the crime. As the show reveals, this murder went unsolved and became a very “cold” case for the better part of two decades. Then the investigation broke open and, get this, Dale Hopkins (a.k.a. Dale Streiker) was recently called in for testimony regarding this vehicle. Davis apparently testified that the car was not in his possession at the time of the murder, so Hopkin’s testimony helped establish a timeline that was part of the case against him. Strange but true. 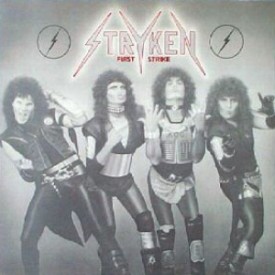 – Dennis Davis: a staple of Austin’s nightlife in the 1980s who went on to record with some of the big names in Nashville, he knew Natalie well. Dennis was questioned about Natalie’s death in 2007 after his wife called the Austin Police Department, unprompted, telling police she believed her husband had something to do with the young woman’s death so many years ago. Tracy Smith interviews Davis from prison, where he is serving time for the murder of Natalie Antonetti.

EARLY EXCERPTS WILL BE AVAILABLE IN ADVANCE OF BROADCAST