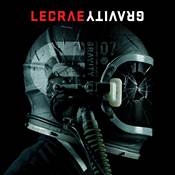 Lecrae has a history of success having sold more than 650,000 records over the course of his career and his 2010 smash releases Rehab and the EP Rehab: The Overdose, which debuted at # 5 on the Billboard Hip-Hop Charts and #17 on the Top 200. It is no surprise that Gravity will showcase Lecrae’s thought provoking lyrical technique, live instrumentation and amazing beats that will keep fans wanting more.

You can check out some of the behind-the-scenes footage of the making of Gravity here: http://reachrecords.com/blog/post/New-Video-Lecrae-The-Making-of-Gravity-

Gravity is the follow up project to the controversial mixtape Church Clothes that he released earlier this year, which served as a precursor for the new record. This allowed Lecrae to stay true to who he was as an artist and as an individual, while also opening the doors to impact others.  The mixtape received rave reviews from both critics and fans as well as garnered over 280,000 downloads.