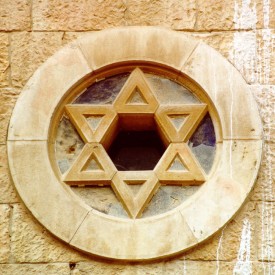 Number of Jewish Messianic Houses of Worship approaching 300 in the U.S. and Canada

Bill Koene of ChristianSourceLists.com reports that, based on exhaustive research in the last six months, a total of 284 active Messianic congregations have been identified in the United States and Canada: 272 in the U.S. and twelve in Canada. This number does not include small house-church fellowships.

This is a remarkable number, given that fifty years ago there were only a handful of houses of worship in North America that were identified as distinctively Jewish Messianic congregations.

Of the total number of Messianic congregations in the U.S. today, interestingly, almost one-half can be found in just five states: Florida (28), New York (26), California (26), Pennsylvania (20), and Texas (20). The three cities that can boast the most Messianic worship centres are: Manhattan (12), Miami (10), and Philadelphia (8).

The term “Messianic Judaism” is understood to mean acceptance of Jesus Christ as being the Messiah (“Yeshua Ha’Mashiach”), the second person of the Trinity, through faith in whom salvation is obtained.

Although the term “Messianic Judaism” can be traced back as early as the late nineteenth century where it was used as such in Our Hope, a major evangelical magazine (1895), it did not gain prominence until the early 1970’s. The initial growth of this movement seems to parallel the “charismatic movement” of the 1970’s, with the vast majority of the Messianic congregations themselves being charismatic in their theological orientation (believing in the gifts [charisms] of the Holy Spirit: tongues, healing, etc.).

The detailed data on Messianic Congregations in the U.S. and Canada can be obtained through www.ChristianSourceLists.com.