The notorious Facedown Records throws a major party every year, where every band they have signed plays a showcase for fans of the label. The date for this year’s shindig has been set, and it features a number talking points, most notably, deathcore cornerstone Impending Doom will play their first show in over three years, headlining 2016’s Facedown Fest.

In addition, Seventh Star will be playing a reunion set, their only one on the west coast, and For All Eternity will debut in their first ever U.S. show. Rival Choir will also join the bill, whose debut album under this name dropped last week. (The band was previously known as Mouth of the South.) My Epic and Hope for the Dying will play, both bands that made HM’s Top 25 Most Anticipated Albums list. Everything in Slow Motion and Saving Grace round out the bill.

The show will be held Saturday, May 14 at The Glasshouse in Pomona, CA, with the action kicking off at 3 p.m. Tickets for the day are $20. 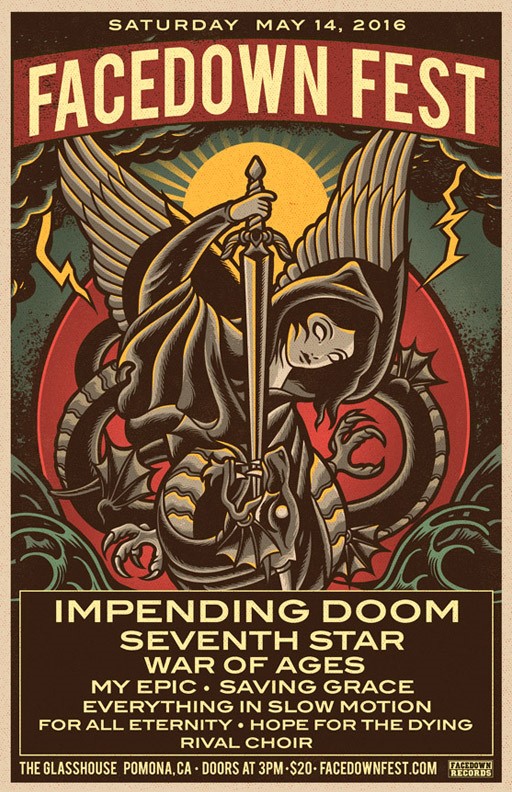