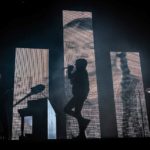 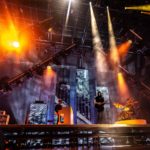 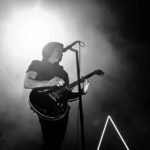 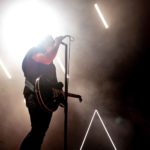 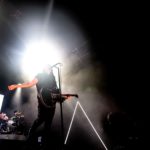 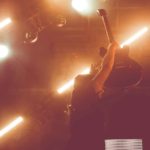 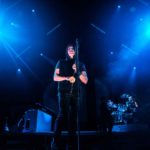 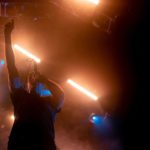 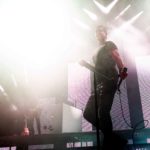 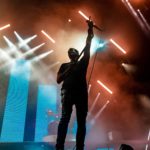 The Summer Gods Tour, held at the North Island Credit Union Amphitheater, led to an unforgettable night of ’90s rock brought on by the sounds of Jimmy Eat World and Third Eye Blind. As the sun went down and the amphitheater started to fill, you could feel the energy of the crowd prepping for a long night of sing-alongs.

Continuing the night fit for any ’90s rock playlist, Third Eye Blind took the stage. Building anticipation, the band walked out on to a stage front with a sheer curtain; the crowd could only see their silhouette through the material. The bandmates huddled together in what looked like a customary pep talk to start the show. Finally, frontman Stephan Jenkins burst out with their first song of the night, “Screamer.” Just after the band started, the curtain finally came up to reveal the band, which brought the crowd into an uproar. The band sounded great – even after two decades – as they played a number of familiar songs along with a few that would only be known to true Third Eye Blind fans. The night of the Summer Gods Tour was a success filled with enthusiastic melodies, great music, and sheer fun.