For the Love of Money movie to release this summer 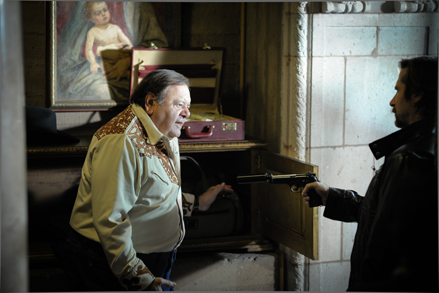 Spanning over two decades, “For The Love Of Money” follows the true account of a Jewish immigrant who searches for his piece of the American dream.

Kanner Zuckerman, critically acclaimed for films such as “Crazy Love” and “Wake” directs “For The Love Of Money,” a story of love, loss, crime and the temptations of easy money. Executive produced by Izek Shomof and Ken Topolsky (“Party of Five”), written and produced by celebrated screenwriter Jenna Mattison (“The Third Wish” and “Fish Without a Bicycle”), and shot by award winning cinematographer, Andrzej Sekula (“Pulp Fiction”), “For The Love Of Money” promises to thrill and entertain, providing thought-provoking action.

Bobby and Larry Meyer of Meyers Group Media Negotiated the deal with Stan Wertlieb of Grindstone Entertainment Group. For more information about events scheduled around the film please visit http://www.fortheloveofmoneythemovie.com/