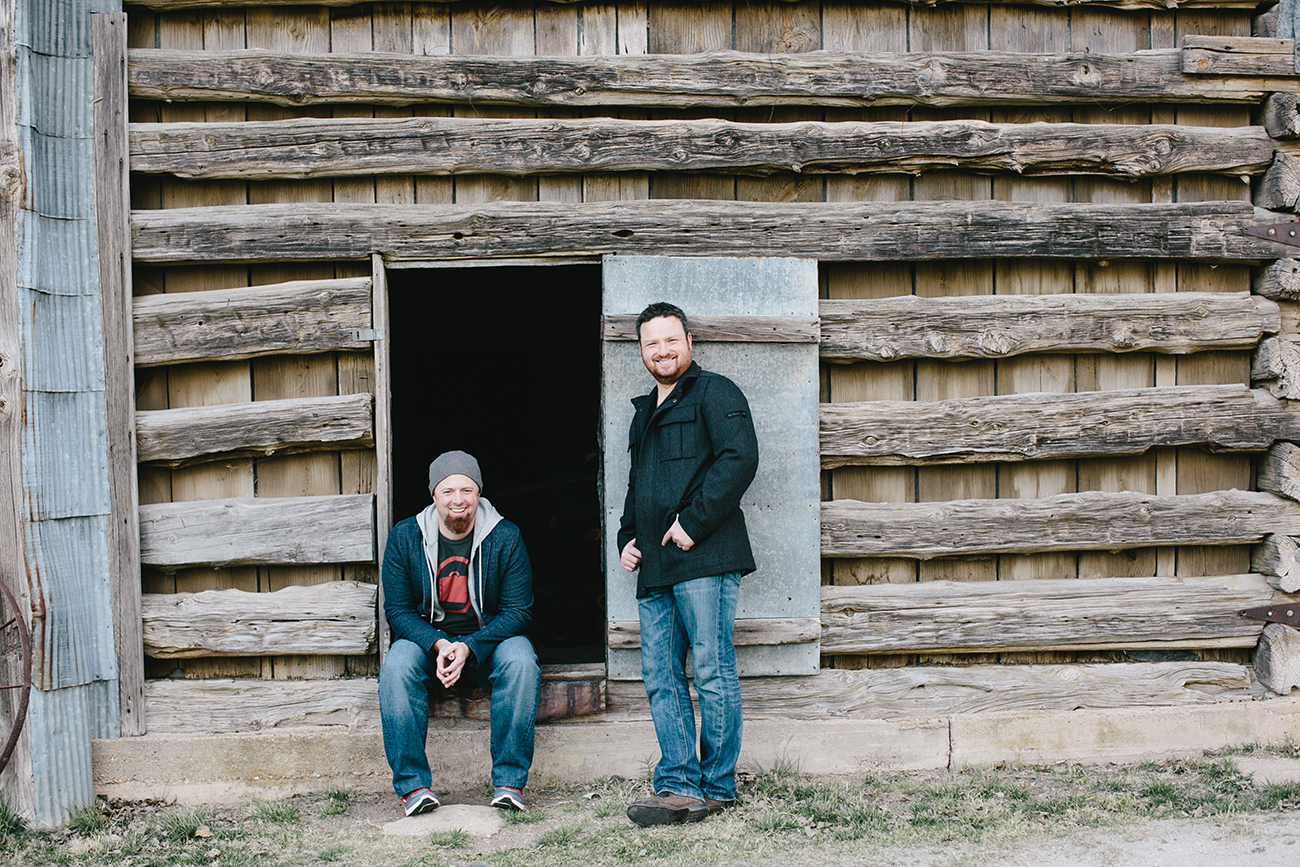 The Teacher and The Student

Amidst teaching and learning, Shane Barnard is still left with 'Nothing'

It’s been about a year and a half since the acoustic pop duo simply known as Shane & Shane introduced a new collection of songs into the Body of Christ’s collective consciousness. Amid the bustle of family life, committed local church ministry, dedicated service at a Bible school in Texas and occasional travel dates, primary songwriter Shane Barnard says, “It was just time.”

Barnard teaches songwriting at Oaks School of Leadership, which is based out of Oaks Fellowship in Red Oak, Texas. And just as he was doing a year ago, he continues to join his students in writing a song every week during the class sessions. That creative flow, in part, is what led to the new album, Bring Your Nothing, and another round of deep, spiritual thoughts wrapped in irresistible melodies.

Barnard took some time out of his personal travel schedule to talk with HM about the songwriting process, the spiritual lessons found in the new album and why songwriters really write songs.

What is the difference between intentional writing (writing on purpose) versus inspirational writing (writing as it comes to you)?
Intentional writing or consistent writing is more about squeezing the muscle of writing. For me, I usually get into the Word and try to paint a picture or create language around the Bible that would draw people into who He is. I’ve found that a lot of times its just a muscle. Over time, if you just work that muscle, it’s easier in those times when inspiration comes.

I write a song for each class but I do other writing too. Even in the regularity of it, some songs are good and some songs are bad. But that’s not really the point. If God had gifted you in assembling words together in whatever form that is – songs, poetry, writing – a lot of that is just putting in the time and going to work and digging for gold. Most of the time, expensive stuff is not on the surface. It takes hours to dig and dig and dig, and then you finally get a little nugget and you keep digging.

I’ve really benefitted from that class. It’s been a great form of accountability for me, that I would be in the Word and that I would be writing consistently. I don’t have to write a song a week. No one requires me to do that. But I just committed to do that to see what would happen.

Were all of the songs for the new record already written or did you do any writing in the studio?
All of the songs were already written. It had been about a year since our last album, and I had taught 24 classes during that time. So I had those songs, plus I get inspired to write apart from that. So there were probably about 30 or 40 songs we had to choose from.

In the past, we were lucky to have eight songs heading into the studio. Life was so crazy. It was like here are the eight songs that were written in a stairwell at 3 a.m. It was a blessing to have so many songs and to have a studio down the street we could go to and work on it. Our band came in for about a week and we had a great time.

Would you say the process was more than just coming together to record an album?
Definitely. I could care less about albums. For me, it’s first and foremost about the truth of the Gospel, hence the name of the project. The message of the songs is my passion. I don’t care if they’re recorded on an album. I don’t care if I’m singing it to my small group. That’s just what I love to do. But it was great having the guys come in for a week. It was cold. It was in the winter. We had a bonfire going 24-7 outside. It was fantastic to make music about the Lord together.

Would you agree that the running themes of the album are basically humility, sacrifice and surrender?
That’s part of it for sure. The thought of Bring Your Nothing came from Isaiah 65 where it says, “Come those of you who are thirsty. Come those of you that don’t have any money, and buy the greatest tasting food.” In a roundabout way, that’s what it says. That’s the Gospel. We know what the greatest tasting food is now. We know that it’s Christ.

That concept was totally foreign to me growing up. It’s foreign to the world, because religion is so opposite of that. The world thinks in terms of how much we can bring, and the benefit of your eternity depends on how much you can bring to Him and how much you have to offer. But the Gospel is completely opposite of that. The Gospel says, not only do you not have anything, that’s what’s required of you. It’s nothing.

Ironically, the title song isn’t nearly as heavy as the concept you just described. How were you able to take such a deep topic and package it in a more lighthearted style than what might be expected?
That song is kind of an anomaly. I wrote that song on a mandolin. It just turned out opposite in every way from where it started. It’s funny how the happiest sounding songs that tend to come out of our studio tend to have the most depth. But in reality, it’s the greatest news in the universe. I have no problem putting a funky rhythm to it. It’s a deep concept and a hard concept, but it is the greatest truth in the whole universe. It’s worthy of celebrating.

Is there a song on the album that might not be a single but that you really hope people get a chance to hear?
There’s a song called “You Love My Heart To Death.” We almost considered releasing it to radio, even though it’s not very radio friendly at all. It talks about the Gospel and the messiness of it and the honesty of it. It’s kind of a confession of my inability to comprehend it and to understand and to fully walk in it, but even though I’m still walking in a certain amount of immaturity and unbelief, He still loves my heart to death. He took my heart into the grave and brought it back up and resurrected it with Him. That would be the song that I would love for people to hear on this album.

Some of the most gripping words in the Bible are found in Job when he says, “Though He slay me, yet will I put my trust in Him.” Talk about those words and how they found their way into the song “Though You Slay Me.”
There were a lot of things going on that led to us writing that song. My dad passed away about six years ago. My wife’s dad got cancer a year and a half ago. We’ve seen a lot of tragedy within our group of friends.

One of our best friends at home named Brian had a staph infection. They had exhausted every antibiotic that would treat it. The only other option was to cut off the lower half of his body. They had tried everything they knew to try. So we were praying that verse over him and that God would give him hope and peace and that a garment of praise would cover him, even as this whole thing was going bad. God really did that. He gave Brian and his family a weekend of peace right before the final MRI.

In the end, God did something miraculous. When they did the MRI, the abscess was gone. But the greater miracle is that through the weekend, in the midst of facing a 99 percent chance of getting cut in half, God gave him peace and hope and praise. That’s the bigger miracle than God taking away the disease. He healed the disease of the heart. That’s where that song came from. It was from an emergency prayer meeting. Our small group came over and we prayed for a couple of hours. We prayed that God would heal him, and if He didn’t, that He would give Brian peace and hope and praise. And He did.

Would you agree that songs are often a way for songwriters to bring reassurance to their own souls?
Totally. That’s a great way to put it. You can look at the catalog of songs I’ve written and I could probably go down and give a word that reminds me of His truth. We forget truth so easily. We forget the good news of the Gospel so quickly. We need truth. We need those songs to remind us of the truth.

Shane & Shane was posted on September 3, 2013 for HM Magazine and authored by Chad Bonham.