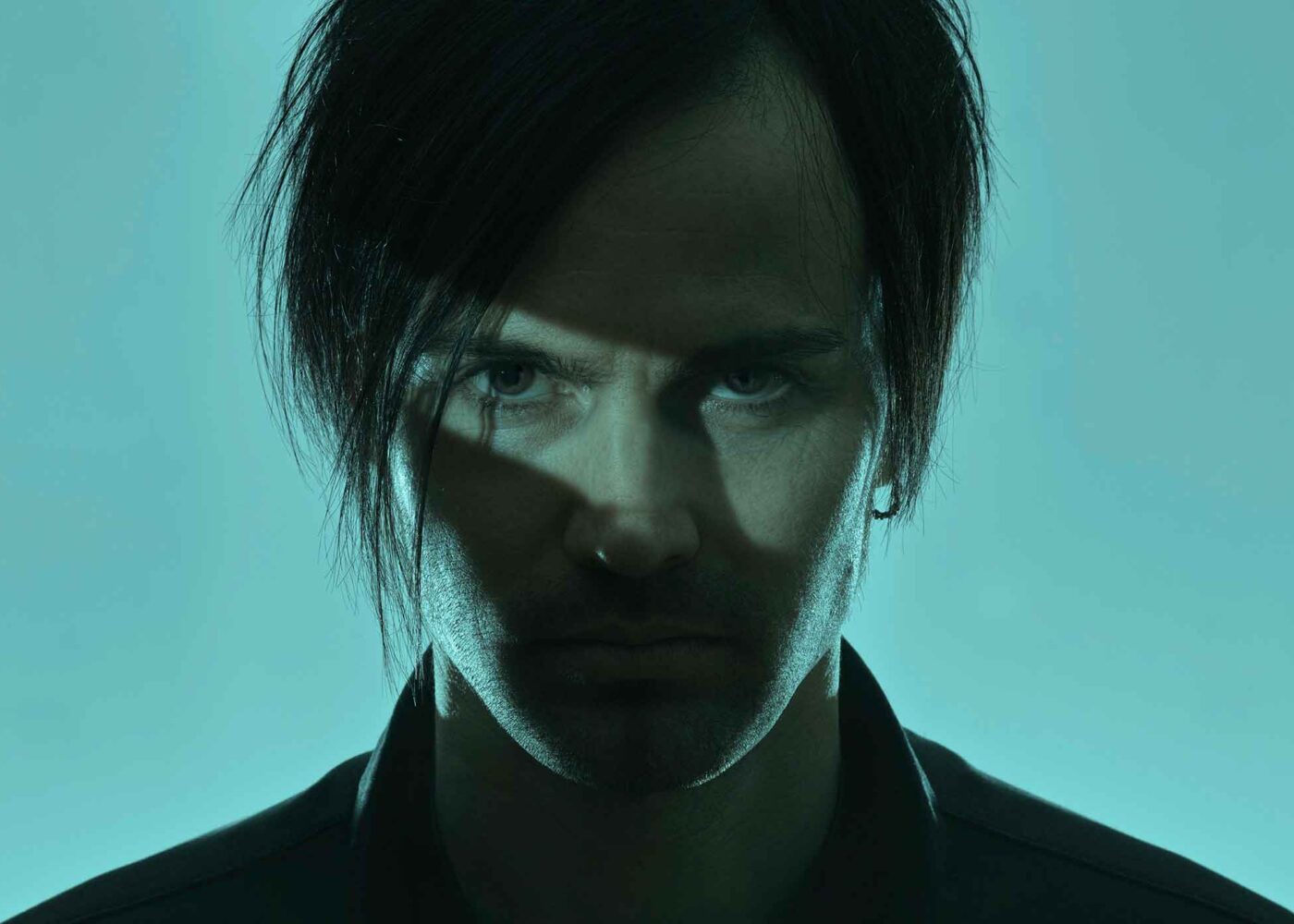 Nothing is more digitally-of-the-moment than when you discover an industrial band from a science fiction movie; one of the greatest surprises of the forlorn year in music was the visual masterpiece ODDKO. I cannot think of an artist that more closely encapsulates “sci-fi” and “industrial” than Giovanni Bucci. Bucci is the genius behind the curtain of the outfit, both as the musical and artistic creator – emphasis on art. ODDKO set out to be more than a band. The entity is a story and a realm unto itself as if Depeche Mode met Trent Reznor at a screening of Mad Max and decided to make a record during the credits. Bucci is not only the creator behind ODDKO, but he is also a filmmaker and visual designer who has built quite a career in Los Angeles, working with clients including Korn, Nike, Warner Bros., Walt Disney Pictures, Netflix, and Sony. Naturally, his professional life extends to his creative life where he directs his own music videos, writes the music, and tells the story of the songs. The Italian mastermind is full of surprises and his entire portfolio is a testament to his creativity. Andrew Voigt, a contributing writer to HM Magazine, sat down with Bucci for a conversation about music, film, and the pure joy of artistry.

HM: You’re originally from Italy. Is that correct?
Giovanni Bucci: Yeah, I grew up mostly there, but I’ve been in several other countries through the years.

Currently, you are based in Los Angeles.
Yeah, I’ve been here about 10 years, but I lived before in London for a few years, Italy, and Holland.

You are very unique in that you are a musical artist, designer, and cinematographer. You’re not limited to one creative expression. The work you have done has included many well-known clients. What inspired you to work in film and digital design?
To be honest, my big passion, in general, is art. I don’t even know which form of art I like most – that’s why I went to art school. My biggest passion was music, at the time. There wasn’t a path and a direction straight away. I started doing art, but, at the same time, I had my band, doing recordings and stuff like that. I think I put music a little bit on the side initially, maybe because I was a bit scared, I don’t know (laughs).

After a while of doing filmmaking and everything, I decided I really needed to do my main passion. This way I combine the visual side and the music side. That’s what I really love about doing what I’m doing. It’s bringing it all together that I really like. I don’t really see a separation between one thing and the other. It’s the whole package that interests me. For me, when I go to the theater or a concert, I like the whole immersive experience that I get out of it. This is roughly what I’m trying to do with ODDKO. 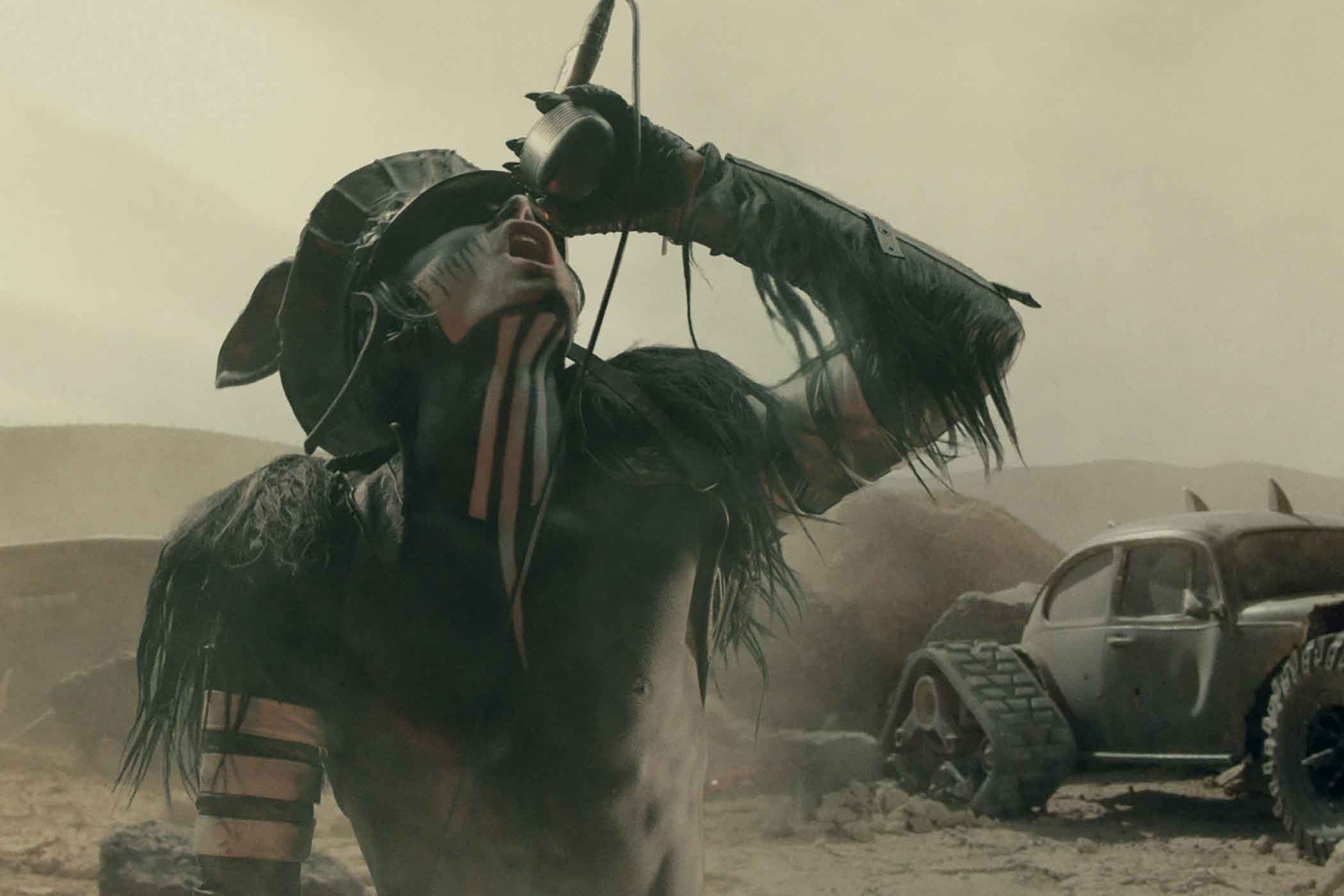 You have released a couple of different music videos for ODDKO, which you directed yourself.
Yeah. I love it and I feel lucky because I’m in a position where I can do that. I think a lot of musicians have to trust someone else, and, hopefully, they have enough passion to go 100% to understand their point of view. I don’t have those surprises because I already know what I’m going for.

When it comes to your music, what artists and bands inspired you most?
A lot. There’s a mix of many things. For sure, there’s the alternative, metal, and industrial, but then there are also a lot of soundtracks of films. I love classical music. If you listen to my tracks, they have different vibes. I like the richness of having different ingredients from different worlds. Hopefully, in the future, we’ll try even more experimentation.

To me, the sound of ODDKO reminds me of a blend of industrial and metal. Is that how you would personally describe it?
The funny thing is, I started doing this record and didn’t have any plan at all about what genre. Until I finished the whole thing, I didn’t know what genre it was. Then, by having press releases with magazines and people talking to me, I learned that I was doing alternative and industrial metal. I didn’t even know that (laughs).

Are you a fan of Rammstein?
They’re one of my favorites, I would say. Also, their live shows? They’re the best ones. I can’t think of a better show in the alternative scene.

What inspired the character of ODDKO that you embody in the videos?
It took a while to get it together. The base inspiration was a connection between the animal world. We live in this society, and you really feel this animal instinct that something isn’t right. You get trapped in certain boxes and rules. It’s more of a feeling. If you’re an animal, sometimes you have things happening to you, but you don’t know exactly why. The character is inspired by our animal instincts, a little bit. It’s half-human, half-animal.

In the song “Disobey,” what were you trying to convey?
It was really the frustration about how technology and social media are affecting us. There are a lot of cool things (about them), but I also see a darker side. The whole of social media has been built to make you stick around as long as possible. Everyone’s trying to grab your attention. It’s really that feeling against how all those platforms are built. I mean, they’re cool things. I live in L.A. and I’m able to speak with people in Europe, but…

Does spirituality play a role in your life?
I cannot come up with an explanation of everything; I’m more on the agnostic side. I take into consideration every theory. I’m really curious. For me, it’s almost impossible to buy into anything. I’m really doubtful about everything; I always question things. I’m skeptical, so I would not trust anyone, not even myself.

How did the year 2020 affect you artistically? Did it interfere with your work, or did you find more time to create?
I’ve been quite lucky. My problem, in general, is that I don’t have enough time. I struggle to find time to do all the things I want to do because I’m hyperactive. I have the film industry then also ODDKO. I don’t have enough time to do everything. That’s my biggest struggle.

I’ve been locked at home since almost a year ago before the pandemic started. I started to decline a lot of commercial work because I wanted to do ODDKO stuff. I did that before the lockdown and then the pandemic came in and I just kept doing more of what I was already doing. I miss being able to freely travel and see people as I used to. Also, I would have been able to do more filming.

For fans of ODDKO, what is the best way we can support your work?
I think merch and Bandcamp. This is one (Gio references the ODDKO shirt he’s wearing). We made this. It’s not something that we outsourced; this has been thought about where the materials come from, how to print it, doing the design – it’s something done in-house. We try to do as many things as possible on our end so that it’s more personal.

Do you plan on touring?
Well, that was the idea. Initially, the idea was to do smaller gigs going with the releases, but things changed (laughs). I’ll wait until the world gets back into shape, but, yeah, the idea is to do that. 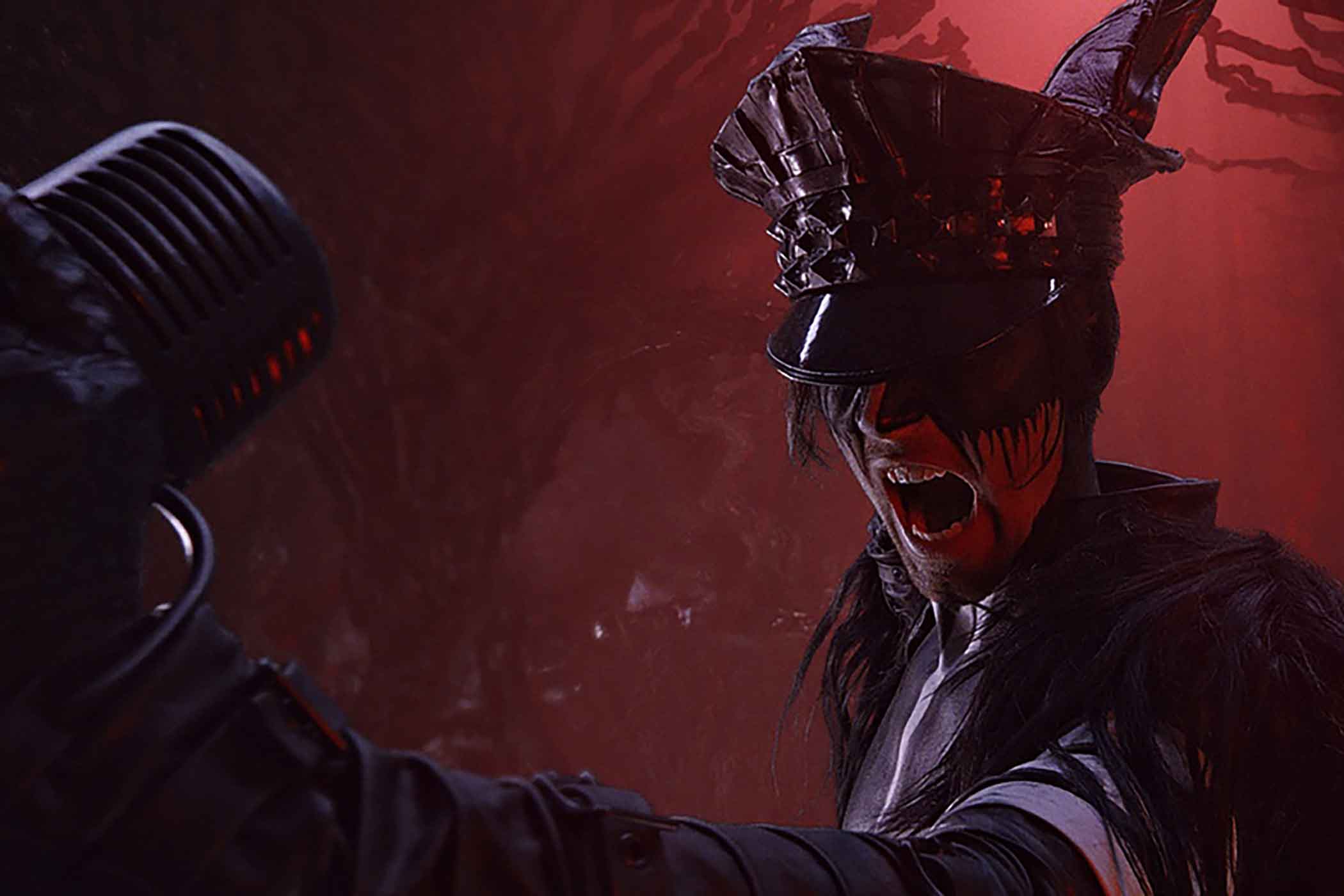 When it comes to filmmaking, what aspirations do you have for future projects?
Not sure. My biggest passion is making music and visuals for ODDKO – if I can do that, of course. I still need to get the financial support to do that, but that’s the dream because you don’t have a client or someone watering down whatever you’re doing. At the same time, I’m interested in anything. For me, it doesn’t really matter as long as it’s done at a certain standard, if it’s creative, and if it’s not something with a message I don’t really approve of.

I would love to make a film, sure (laughs). Why not?

There are a lot of young artists and musicians who read the magazine who likely can use advice on pursuing their dreams. Some feel that they have to move to a city like Los Angeles to be successful. What would you tell them?
For me, being in L.A. did not change things. For visual, yes.

The most important thing is to do is do what you want to do. Just start. Even if it’s crappy, that doesn’t matter. It’s about starting and keeping on doing it. What I’ve learned is that no one is going to give you anything. You have to earn it yourself. If you make something that’s good, people will see it and you will progress. Each time you conquer a little block, that gives you the opportunity to go through the next one. Even for visuals, in my industry, people will let you do what they see that you’ve already done. So, if you show them something and you’re proud of it and that’s your direction, then people want you to do more of that.

ODDKO was posted on January 23, 2021 for HM Magazine and authored by Andrew Voigt.