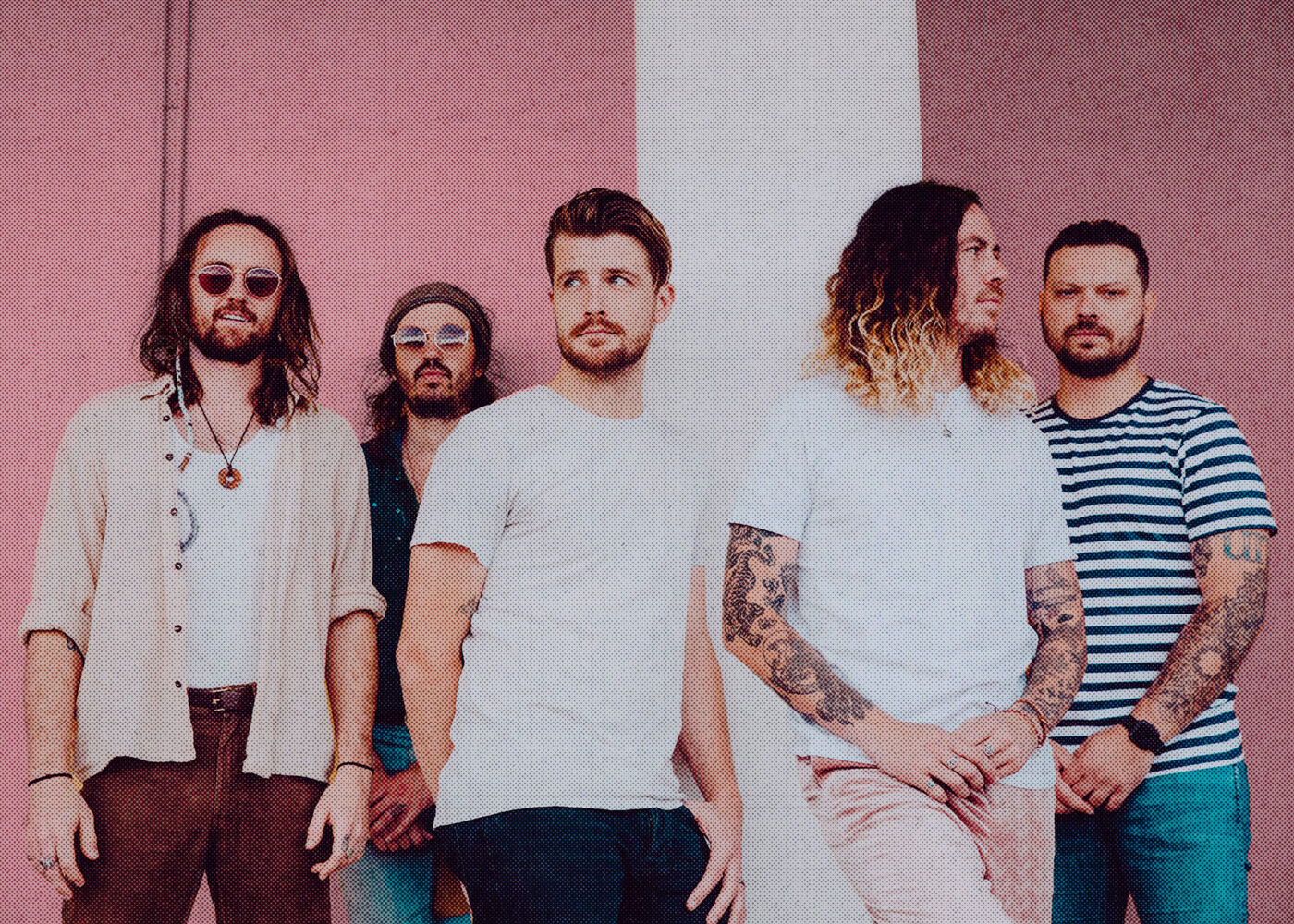 In 2017, I discovered Hands Like Houses via their third studio album; I had that record on repeat in my headphones for months on end. Dissonance was the thrill-ride of an album, and – yes, while two albums late to the HLH party – when I got into the rest of the Australian rockers’ discography, I came to realize how adept the band was at throwing curveballs. The two prior albums were extremely different in rhythm, progression, and tempo, and that ethos continued on through their most recent release, Anon. They are clearly a band unafraid of evolving and creating something new rather than staying comfortable within a specific sound.

Most likely the defining characteristic of Hands Like Houses’ music is their lead vocalist, Trenton Woodley. The unique combination of his ability to drive a song with his melodic vocals and turning it on its head with piercing, reverberating screams is unmatched. Combining the unique blend of alternative and metalcore, Hands Like Houses is built around a vocalist who fosters those adjustments; Woodley is masterful at making it work in a way that has set Hands Like Houses apart in a saturated melodic metalcore environment.

As a band from Australia, they have done quite well in gaining mass exposure and support in North America. Cool accents aside, their ability to blend the melodic and the aggressive in making something fresh and intriguing has echoed Stateside. They stand out in the market which speaks to their captivating artistry. Despite being in the second year of Anon‘s album cycle, they should be out on the road supporting the release. Instead, the band has leveraged their local presence, government help, and new platforms like Patreon to stay afloat in the COVID-age. I recently caught up with Woodley to talk about the band’s approach to songwriting, running a band over Zoom, and doubling down on down under.

Your band, Hands Like Houses, released a new single called “Headrush” back in March of this year. How do you feel the song has been received by fans?
It’s been awesome! Obviously, when you’ve been doing what we’ve been doing as long as we have, there’s always going to be a bit of resistance to doing anything other than what you did 5-10 years ago. Honestly, I think it’s touched on something for a lot of people who have felt a little left behind on some of the stuff we’ve done. We know it’s a polarizing song; we know that the way we write songs has changed. The response has been really good across the board, and I think it’s resonated with a lot of people under the current circumstance. 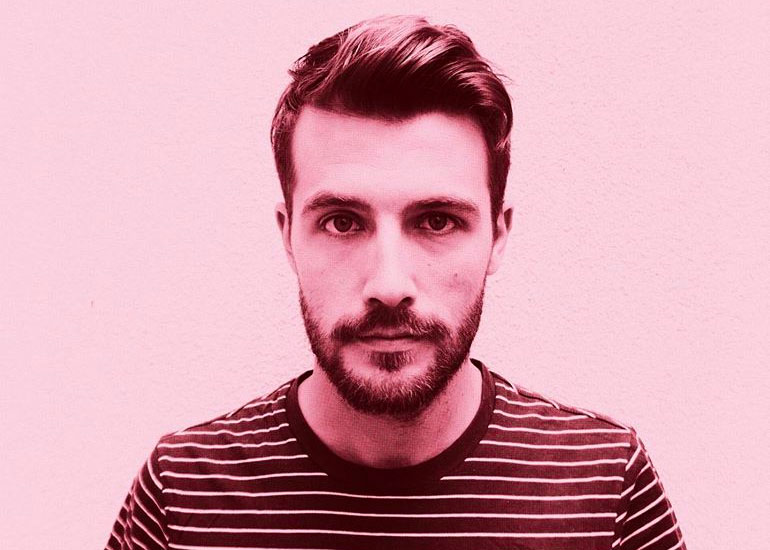 There’s an obvious separation from Dissonance to your band’s recent album, Anon. What do you feel shifted in your approach to songwriting between records?
To be honest, there is a range of reasons that it felt like a bigger shift. We’ve always listened to a lot of music that’s outside of the bubble that we exist in or have existed in. For us, Anon was where we relaxed and stopped trying to do what we felt was expected of us. We just enjoyed ourselves, we had fun with the process, and we made music that was more influenced by what we listen to rather than by what we tour with.

Part of that is just having time off before Anon. We weren’t touring as heavily at that point, so we were at home and listening to stuff more. When you’re on tour, you don’t necessarily listen to your own music as much; you tend to kind of immerse yourself in what’s around you.

Dissonance was a very stressful process. I think there was a lot of pent-up frustration with various aspects with what was going on at the time. Anon was the opposite. We actually got relaxed and had time to prepare songs. It was more fun and I think that came through in a much more fun sounding record.

“We know that the way we write songs has changed. … We just enjoyed ourselves, we had fun with the process, and we made music that was more influenced by what we listen to.”

As COVID-19 has impacted the entire world, touring for every band has been indefinitely suspended. With all the time on your hands that you usually don’t have with shows, what have you been up to?
I’ve been working on renovating. My wife and I have been extending and re-doing the house, which has been great and a lot of work. Her dad is a phenomenal handyman, knows a bit of everything. It’s slow-going because it’s one person doing everything. I was mountain biking a lot – which is one of my favorite things to do – except I had a mishap and got attacked by a rock and broke a collar bone. This is about the extent of my shoulder movement right now (tries to lift arm unsuccessfully).

Is the entire band in the same area in Australia?
Yeah, we are all from the same city. I live about five hours north now. Coops (Matt Cooper, guitarist) is still stuck in the U.S., actually. He was in Texas for a little while and managed to get out just before everything really ramped up, so he’s somewhat remote in Colorado at the moment, just waiting for his wife’s visa to get finalized.

Being separated during the pandemic, have you and the guys been meeting virtually?
Yeah, having a lot of WhatsApp chats. That’s constantly going. A lot of phone calls, telephone conferences, and awkward pauses (laughs). You know how it is.

When it comes to the influences that inform Hands Like Houses stylistically, who comes to mind?
I’m the worst one to answer because my influences are probably a little less direct on music. Mine stays pretty consistent. (The band is) into Thrice and Circa Survive. For me, it’s a lot of everything, and it’s trying to draw more on what makes all these different things work, rather than “what do I like about this genre?”

We have Triple J radio in Australia. You guys (the U.S.) have Octane, which is a very particular sort of thing. There’s a very strong culture around Octane, for example. Triple J is similar; it’s got a really strong culture, but it’s got a really wide cross-section. It’s actually founded by a national broadcast – ABC, so, it’s technically a government-funded radio station. There is always a discussion as to whether there is a Triple J sound, because, obviously, there are quite strong tastemakers in Australia. Triple J, at the moment, tends to lean towards a lot of garage, punk, and more like jangly-sounding influences. We listen to a lot of bands that fit within that broad bubble. Rather than trying to be this “international band,” we’re trying to be an Australian band that goes overseas sometimes (laughs).

One of my favorite tracks off Anon is “Through Glass.” It’s probably the most indie-pop product I’ve ever heard from Hands Like Houses.
Yeah, that was the intent, trying to cross-reference things from Paramore’s later stuff crossed with some Pvris then kind of looking into the synth wave. A lot of ’80s sounds. 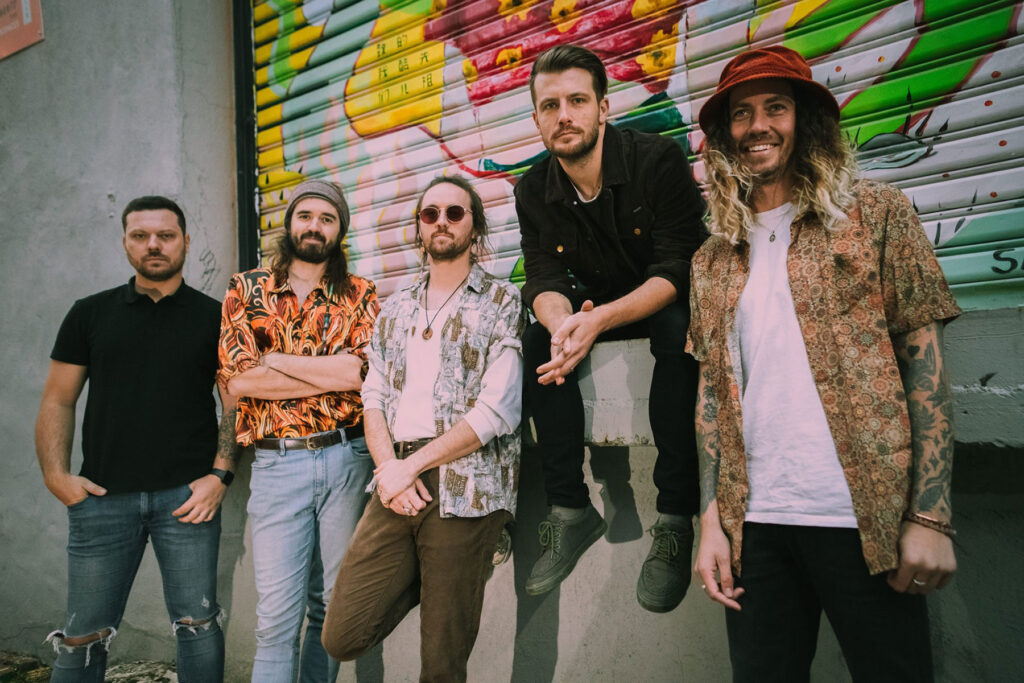 With a band name such as Hands Like Houses, you have to get asked this question a lot, but I’m going to ask it anyway: Is there a meaning behind it?
It never really had a specific one; it was just something that aesthetically fit what we were doing. It’s a little bit mysterious, a little bit odd. There was something about it that resonated with how we saw the music we were making. Someone once told me what they thought it meant and, in a lot of ways, it put words to what was an abstract idea in our minds, but it was also a really cool take on it: Basically, you hold onto the things you care about to create a place for them to belong. It has taken on that subtle meaning.

Without touring, a lot of bands and artists are suffering financially with the loss of a primary source of income. How can your fans best support the band until you can get back on the road?
For the moment, we’ve spent a lot of time trying to diversify our income because we know how dependent we are on touring. As we’ve shifted the last couple of years, that’s part of the reason we’ve focused so much on Australia because touring Australia is much more probable than anywhere else in the world – because we don’t have to fly anywhere, which is great.

For us, we’ve looked at a few different things. Obviously, merch is always helpful. We did a livestream a couple of months ago and we’ve got another one coming up shortly. It’s a free stream, but we do, like, a tip/donation type of thing. We hate feeling like a charity, so we don’t rely on the donation model. It’s just a direct way of supporting us in what we’re doing. We have our Patreon, which we’re still working on and expanding.

Keep in touch with your bands. Make sure you actually check in with their socials and see what they’re actually doing and be a part of it. Stream music 24/7 if you can; not that royalties really count for much, but it’s all part of the big picture. We’re lucky that our band is actually eligible for small business protection in Australia; it’s basically a government wage. We’re lucky.

Hands Like Houses was posted on August 5, 2020 for HM Magazine and authored by Andrew Voigt.