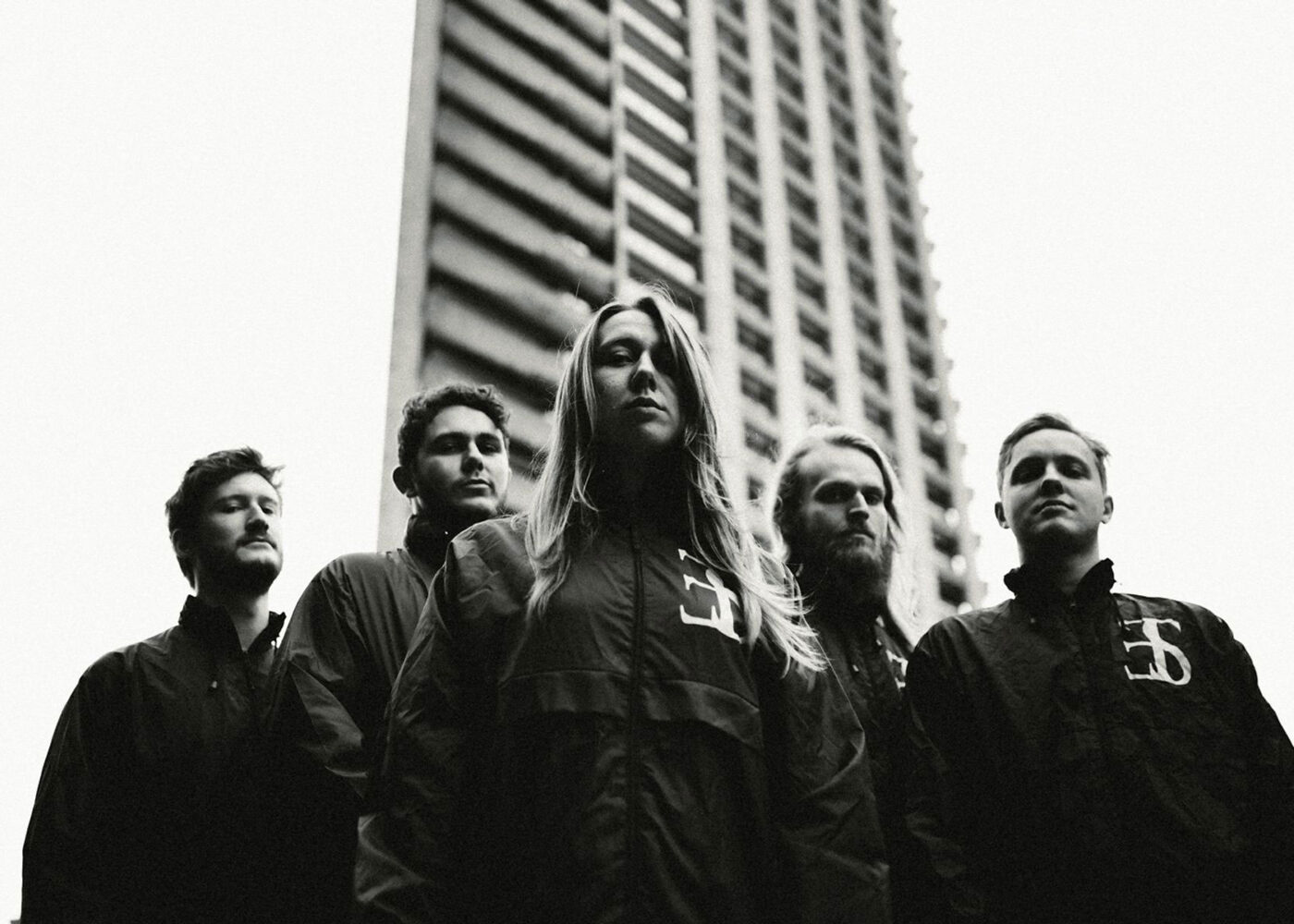 The Brits seem to have found a way to make incredibly awesome rock-and-roll – whether it be found on Abbey Road or a local dive bar. So, by all means, keep sending it overseas. We’ll be happy to accept new metal. Employed to Serve is one such band making a splash across the pond, blowing listeners away with their overall energy, driven in particular by their vocalist, Justine Jones. Her vocals are chilling, screaming into the void of driving guitars, banging drums, and rhythmic fury. The band’s records are captivating, fast-paced, and, as Jones says herself, it’s “hardcore with a bit of zest.”

Their star is rising, but they’re also trending. Their most recent album, Eternal Forward Motion, was released in May of 2019. Their sophomore album, The Warmth of a Dying Sun, released May 2017. Their first record, Greyer Than You Remember, May 2015. (See the trend?) And since May of 2019, trends and routines have been upended. Employed to Serve has begun working on new music and, like the rest of the world, had to pivot and learn how to live a normal life during the COVID-19 pandemic. HM contributor Andrew Voigt recently sat down with Justine Jones to learn more about the band, marrying your bandmates, and their outside shot at touring with Rammstein.

You came out with Eternal Forward Motion in May 2019, which I noticed is a trend with your prior two albums. Is that intentional?
Yeah, basically. I like releasing in May because I feel it’s not too early in the year that you get forgotten about. Because we end up recording in the winter of the last year, it just makes sense.

Historically, there weren’t as many tours happening and it’s after festival season. I find you end up winding down around December, so it makes sense, really. But we are changing it up now, thanks to coronavirus. It’s ruining my perfect little pattern I’ve created (laughs). We will be releasing an album, hopefully, next year, but not in May. Because we haven’t been playing any shows, we’ve basically written a new album. We’ve been trying to keep productive because there’s not much else you can do apart from putting on weight and watching Netflix.

What has life looked like for you during the pandemic in a society that is under quarantine?
I am really lucky. I’ve been able to work at my day job, Holy Roar Records, because I literally just need an internet connection – so I’ve just been working from home. Sammy (Urwin), our guitarist, he’s managed a garden. It’s all pretty much work as normal, except for the fact that we don’t see anyone outside of our household. That’s been pretty weird (laughs).

I’ve also managed to finish off some side projects we’ve been sitting on. We did this hardcore band with members of Renounced that we’re releasing on the third of July. So, yeah, tying up all the loose projects going on.

Is the band you’re talking about the one I’ve seen on your socials referenced as “Glorious”?
Yeah, that’s the one. Employed to Serve is very… what’s the word? We treat it really seriously as a band. We have a lot of ambition for it, so I wanted a band that was really laid-back. Not that Employed To Serve isn’t fun, but we want it to do really well. Whereas Glorious we wanted something a bit light-hearted and something we could do on the weekends when we’re bored, because, apparently, I can’t not do anything. It’s also a bit punkier and taking influence from some of the bands I really love.

Will Glorious be releasing a full album or an EP?
Four original songs and we finish off with a cover of Type O Negative’s “I Don’t Wanna Be Me.”

Back to Employed to Serve. As many bands in the metal industry appear to be releasing more and more EPs and singles rather than just albums, do you plan on going that route, as well?
I think the only reason we would do an EP is if it was exploring something different that we didn’t intend on naturally gravitating to. If we decided we wanted to do, for example, an industrial release, we’d probably do an EP of that. But apart from that, as a band, we work really well in the album format. We definitely do the single thing because that’s just quite fun. 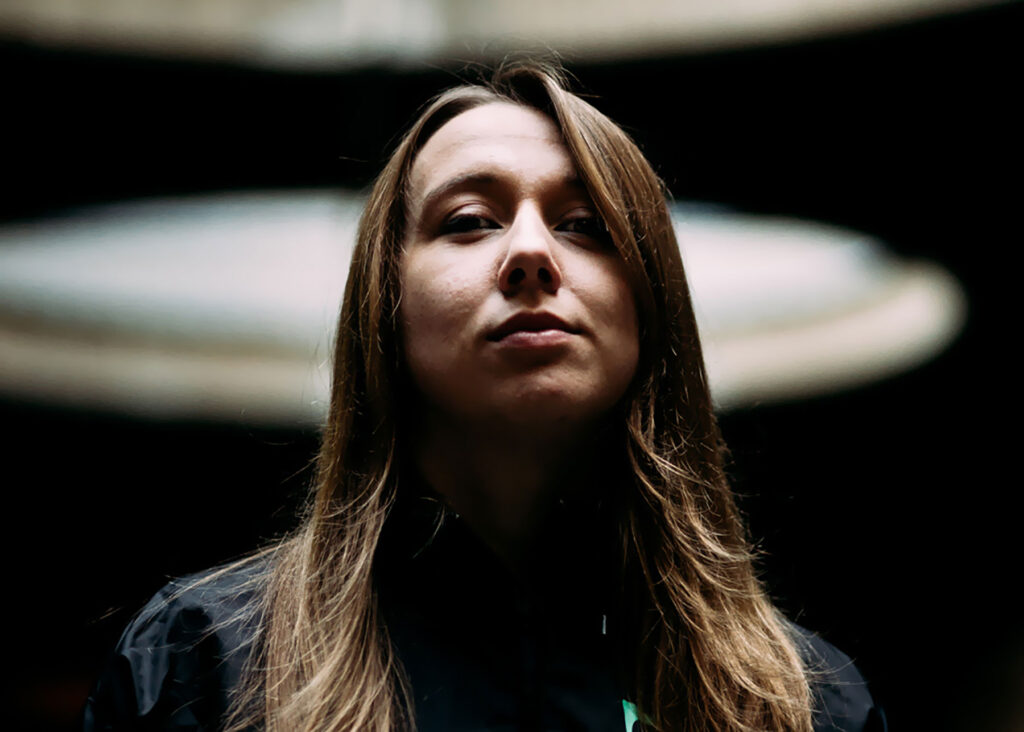 Justine Jones of Employed to Serve

Please do an industrial EP. Eternal Forward Motion is your first album with Spinefarm Records, correct?
Yeah, the first album we released with them.

How do you like the label and have you connected with other artists on the roster?
Spinefarm is awesome. They are a major label; they’re Universal-owned. There’s obviously, historically, a lot of bad stories of signing to major labels and things like that, but we’ve had nothing but great things to say about the label. The team we work with at Spinefarm is just awesome. They really get us. They don’t pressure us into doing stuff we don’t want to do. It’s been really nice because, for me, it was quite a nerve-racking thing. Because I had complete control of Employed to Serve from, like, running the band internally and releasing it. It was quite a weird thing for me to give up control of the record side, but Spinefarm has been brilliant.

In terms of bands, it’s a bit different when you go onto a bigger label because the bands are significantly larger. We’re like a small fish in a big pond now. I feel like there’s less opportunity to mix with the other bands on the roster at Spinefarm. For example, the other bands from the label are like Rammstein and Bullet for My Valentine, so, like, really big bands that we haven’t ever crossed paths with.

Hey, if you do that industrial EP, you might tour with Rammstein.
Yeah, that’s the dream (laughs). Oh, dude, that’s so sick. I saw them at Milton Keynes’ stadium last year and they were the sickest thing I’ve ever seen.

I noticed on the band’s Facebook page that you call (the band) “nasty hardcore.” Can you explain what that is exactly?
(Laughs) Yeah, that was written many years ago on Facebook and I forgot to update it. It’s just, I don’t know, I guess hardcore with a bit of zest. I don’t know. We’re definitely more of a metal band these days. Genre is such a funny thing because you see people arguing in the comments section on YouTube and they get really angry and mash their keyboards. Realistically, it’s an almost pointless thing these days because there are so many bands that are a bit of everything – they sort of toe the line between hardcore, metal, and everything.

A fun fact about Employed to Serve: you and Sammy got married in January, right?
Yeah, we did. I feel really grown-up now: I have a husband.

Congrats. Did you know each other before the band?
We knew each other before, quite a long time before. We started dating when we were 16, so yeah, we’ve been together ever since – like 12 years this summer. We started Employed to Serve like four or five years into the relationship. I know a lot of people are kind of weirded out about the idea of a couple being in a band, but we were an old couple by the time we started the band so it felt natural and there was no weirdness there. It makes sense; you don’t miss your other half on tour because you’re with them. Naturally, we fall into the “mom and dad” people. We’re like the mom and dad of the band.

Are you and Sammy the primary songwriters?
Sammy essentially writes everything. I do about a good 50% of the lyrics. A lot of times, when Sammy writes, he has ideas for lyrics or melodies, so he sometimes writes quite a bit of that. So yeah, it’s very collaborative on the lyrics front.

You and Sammy live on the outside of London. Is the rest of the band nearby?
Well, we used to be. We’ve gone through a couple of lineup changes. We’re in our late 20s now, so it’s getting to the point where a lot of members are sort of like, “We’ve kind of done everything we’ve ever wanted to achieve in music,” and they go off and explore other things. If you’re not wanting to be in a band forever, it’s hard to be in a band as active as ours. Our new drummer, Casey (McHale), lives in Cornwall. Our guitarist and bassist are half-an-hour away.

Who are your biggest influences?
I think a real big one for me is definitely Chino (Moreno, vocalist) from Deftones. I’ve loved that band since I was a kid. In terms of my current vocal style, I’d say Randy Blythe from Lamb of God is a huge one for me. Corey Taylor from Slipknot. Jonathan Davis from Korn – I think all of those “nu-metal” bands because nu-metal was such a huge thing when I was growing up. 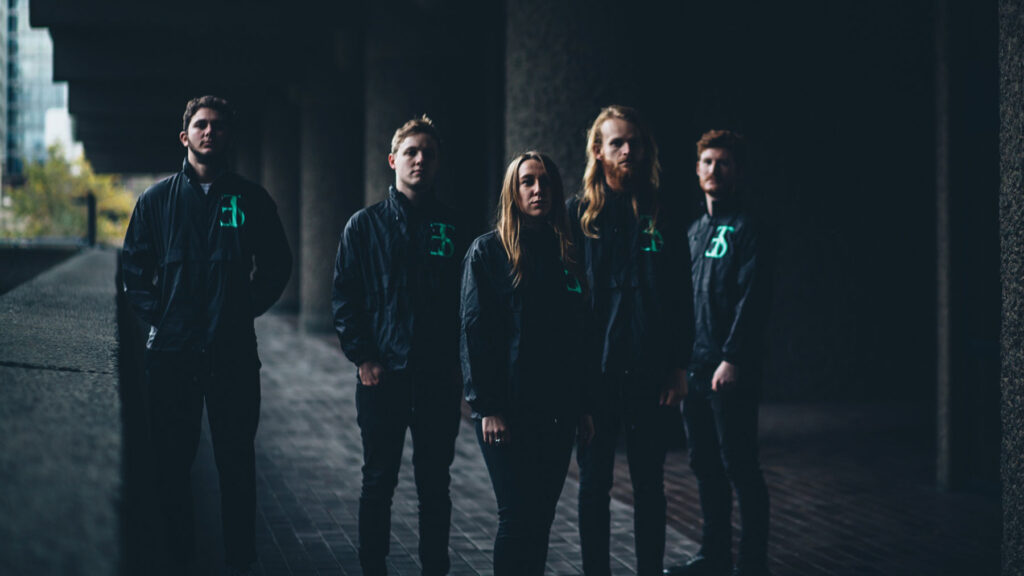 With the pandemic taking a massive toll on bands being able to tour – which also impacts merch sales – how can we as fans best support Employed To Serve?
I think the big one is to be there when we can tour again. Telling your friends… even if you ask five of your friends to listen to the band, (we’ll) hopefully get some new fans. If they have money, pick up shirts. Shirts are like the biggest money earner for bands by far because you get the biggest portion of sales from that.

We’re weirdly fortunate in the fact that we have other jobs, so it’s not been as horrible for us. I know a lot of bands who do it full-time and it’s been scary for them, especially our crew. We use the same sound and lighting engineers. Literally, on our last tour, they were getting texts and cancellations for the next year. There are definitely people in the music industry who have suffered more than we have. We’ve found people have been really great at picking up merch, and it’s definitely helped us plan for videos and stuff like that, which is really nice. We’re actually going to launch an American merch store very soon.

On your individual Instagram page, you have a picture of yourself holding one of your albums at a record store. Is it cool when you stumble across your records when you’re out and about?
Oh, dude, yeah. It’s just really cool. It’s another sort of bucket list thing, where you can go into a store and see your work there. It’s almost a benchmark, like, “I’m a proper band now.” I still get really excited about going out on release day and trying to find it. It never gets old, to be honest.

Employed to Serve was posted on August 2, 2020 for HM Magazine and authored by Andrew Voigt.