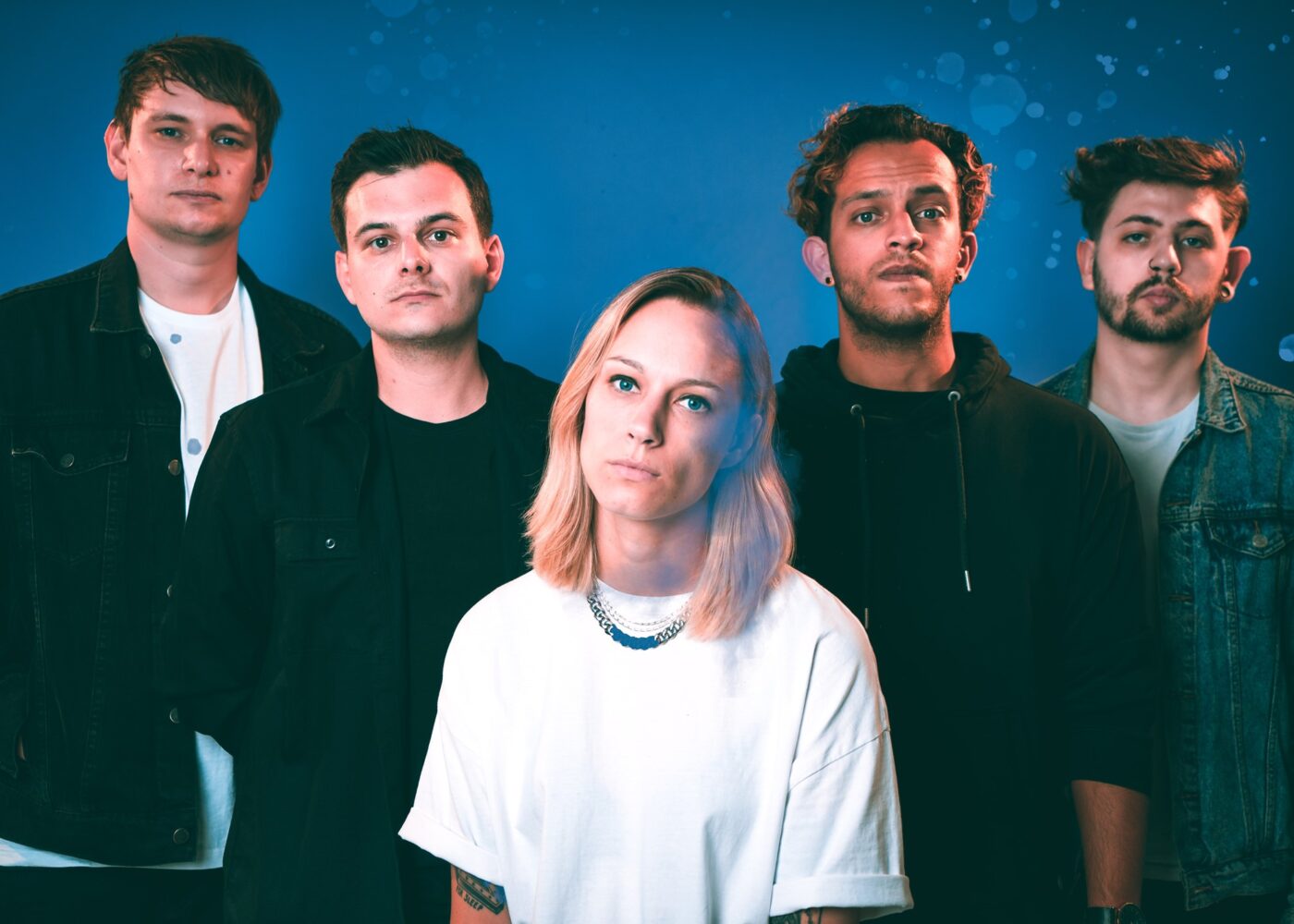 It’s the 12th month of the year, but it feels like the 30th. Elves are being moved around shelves, Best Of lists are peppering timelines, and snow is showing up on lawns as we close out a historic year. It’s not just you figuring out how to have a socially-distanced Thanksgiving or exchange gifts over Zoom; like everyone else around the globe dealing with a bizarre year, the bandmates in the UK punk rock outfit Drones have had to master rapid adaptability. They put the finishing touches on their sophomore LP in between bouts of serious British lockdown orders, and the London-based quintet has decided to plow forward with the release. It was an effort of reflective hardship that was, refreshingly, unrelated to any sort of virus or pandemic, though the title, Our Hell is Right Here, is still particularly appropriate for 2020. Vocalist Lois McDougall spoke with us about how acknowledging life’s uglier moments connects the others who have shared that hurt, how it’s possible the greatest thing we can do is give a voice to the taboo parts of life, and what it means to rid yourself of a toxic – and sometimes inanimate – relationship.

Danielle Martin: I’m excited to talk about the album and very interested in the content. When I was listening to “Josephine,” my first reaction was, damn, that had to feel so good to write that. It was all the things that, if you come out of a relationship that was not healthy, you would ever want to say – but you actually did it. What did it feel like to write and put that out into the world for other people to experience?
Lois McDougall: I like how it comes across as a relationship thing – because that was partially the intention, as well as giving it a personal name with, obviously, Josephine being a female name. But the relationship, for me, is actually with alcohol, so it was the end of my relationship with alcohol that inspired that song. There are some similar crossover emotions when that happens because you realize that this relationship you have is completely toxic and you need to change it. Part of you wants to cling to the exciting, positive times you’ve had with it, but, essentially, it all boils down to a catastrophic explosion of anger, sadness, bitterness, and resentment.

I like it when you can make a song how you want, and it can be applied to different areas of life. Having it be focused on recovery is incredible; there are so many people who are going through that or have been through that. It’s so complicated, so to hear somebody that’s on the other side of it that is like, “I got through it. That’s how I felt, but I’m here,” is very cool. How did you come up with the idea to make the video in claymation?
We knew we wanted an animated video, but we didn’t know that we wanted it to be claymation. Because, to be honest with you, I didn’t know claymation was a thing. I’ve seen Wallace and Gromit and all that stuff, but I didn’t know it was so widespread or really accessible for the budget that we had. We found this guy online and all that he’d really done before this was claymation for children’s shows. So we emailed him and were like, “Do you want to do a band video?”

When you pop open a music video, you never really know what to expect. And when I watched it, I was like, “What the hell?” I love the randomness of it.
I know, it is so random. It’s funny because there’s this one bit in it during the bridge, which, in the song, is more relaxed and emotional, and in the video, it’s such an oxymoron going on. If you watch the video, it’s like, “This is really funny,” but if you listen to the lyrics, it’s not (laughs). In that way, it messes with your head.

When you were going into this record, first of all, it sounds like the entire creation of it had to be an experience. You created it during COVID. Did you have to start from scratch and wing it?
The record, instrumentally, was finished pre-COVID, but there were some parts of some songs that weren’t finished. And lyrics, as well. There’s not much on the record that’s about lockdown or anything like that, which, in a way, is kind of nice because it was something to hold on to that was pre-lockdown. When we were doing all the “after things” – like, we recorded a lot of it just before lockdown – there were obviously vocals that weren’t recorded yet. So we were doing a lot of the recording during lockdown or in between the two major lockdowns. Having those songs that have nothing to do with lockdown to be able to listen to and mix was quite nice.

Kind of an escape?
Exactly. So, yeah, it worked out pretty well, to be honest. We got so much done because of the lockdown. With all these releases coming, we felt very prepared because we got to work on every little element and think about everything. Sometimes things can be pretty rushed and very last minute. 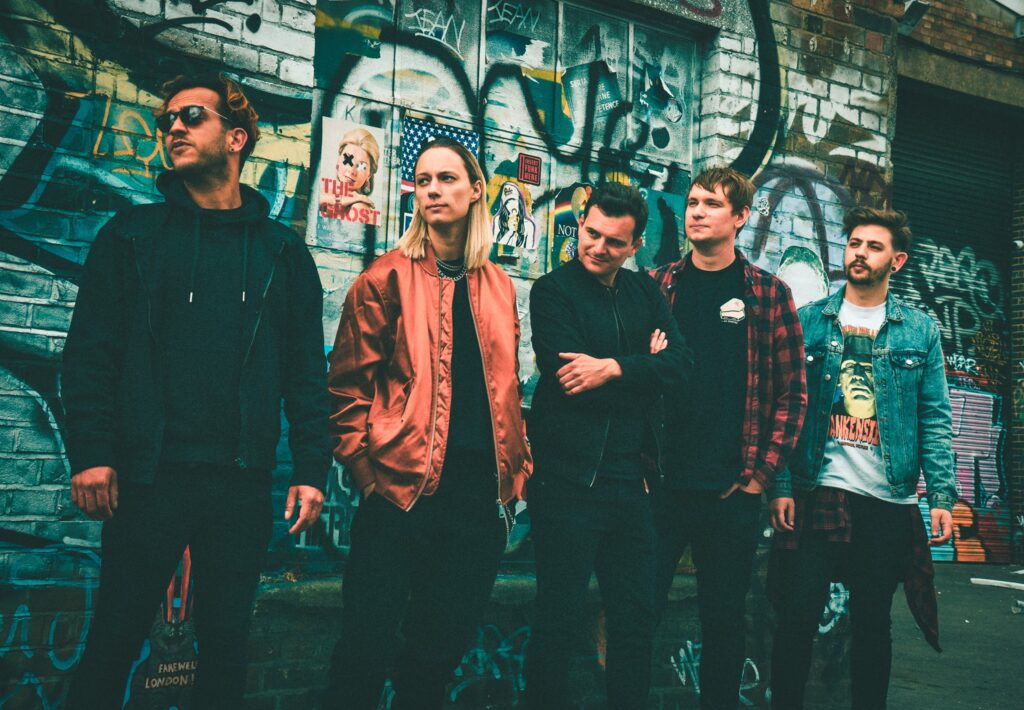 I was listening to some interviews you did, and it sounds like you’ve been through a lot of things in the last year. Did you have plans for the content of the album before life starting happening, or did it all simultaneously happen and you’re like, this is what I’m going to write about because this is what I’m going through?
Actually, the latter. I don’t really know what I’m going to be writing about until I’m writing it. A lot happened to me over the past couple of years. I’ve said this before, but our previous record is a concept album about the European refugee crisis, so, although it was personal in a way, it’s something that most people felt strongly about. and we wanted to vocalize and talk about it.

It felt difficult going from something like that, which is so catastrophic, to talking about my own personal issues, which, if you relatively compare, pales in comparison. But, at the same time, these are the things I needed to write about, and you shouldn’t underestimate the power of writing things down or literally speaking them out loud, which I’m learning. I’m glad I made these songs, no matter how personal they are.

When I was listening to that interview, it felt like I was hearing a little piece of my own biography because I ended up getting divorced at the end of all this. But, like you said, there’s so much power in being able to be like, this is what I’m going through, this is my reality and how I feel about it. Speaking it and emptying yourself of that is such a cathartic thing.
It’s so funny, isn’t it? So many people get divorced, so why are we so embarrassed to talk about it? So many people do it! Personally, my marriage ended before lockdown started, but I imagine lockdown has been very testing on a lot of people’s relationships. Of the friends I’ve spoken to, it’s kind of gone one way or the other.

You shouldn’t underestimate the power of writing things down or literally speaking them out loud, which I’m learning. I’m glad I made these songs, no matter how personal they are.

For sure. It’s funny what you find out about yourself when you’re isolated in your own home. During all of that stuff that you went through, what did you learn about your own resilience? It seems like that is something that’s really shining through the art that you made.
“Resilience.” Interesting word. I mean, I’m still here – there’s that. I’m generally quite a negative person, and that actually stems from deeper problems with depression and mental health. I’ve very recently discovered that I have something called Persistent Depressive Disorder – it doesn’t seem to be very widely recognized in the UK – but that explains a lot of the cynicism I have and the constant underlying negativity. If you listen to the record, you can hear it in there. Apparently, for people with this disorder, it’s like everyone else is at this baseline mood and you’re either happy or sad. Whereas people with this disorder, it’s just slightly below so everything you do is like you’re walking uphill, everything’s more of a struggle. For the first time, I’ve listened to things I’ve written and been like, wow, that just makes so much sense. So yeah, I do feel like I’m quite resilient.

There’s something to be said about creating something that you feel is negative, sharing and admitting it, and putting a name to it. There’s a lot of power in that. It can give people a voice who don’t how to do that. They hear that – even if they don’t know it at the time – they can look back and be like, “That’s me, that’s my life and what I’m going through.” It creates that relativity.
Yeah, taking the negative things that have happened and being able to make something positive out of it is like channeling that negative energy into positive energy.

Absolutely. That’s one of the greatest things about punk music anyway, though, right?
It’s so funny, there are so many pop-punk songs that are upbeat, and then you listen to the lyrics and you’re like wow, so depressing!

Right? Like, that’s screwed up I can’t believe I’ve been singing that for five years (laughs). What else about this album do you want to make sure people know about?
It’s coming on the twelfth of February. We’ve had two singles so far: “Josephine,” and the second one is the title track called “Our Hell is Right Here.” And that one featured Ren (Aldridge) from Petrol Girls on it, which is a UK based band. If you don’t know them, you should check them out. They’re amazing. That bit in that song, I knew I couldn’t sing it the way I wanted it to sound, so Ren was the perfect fit for that and gave it that heavier undertone to it so it was really nice. 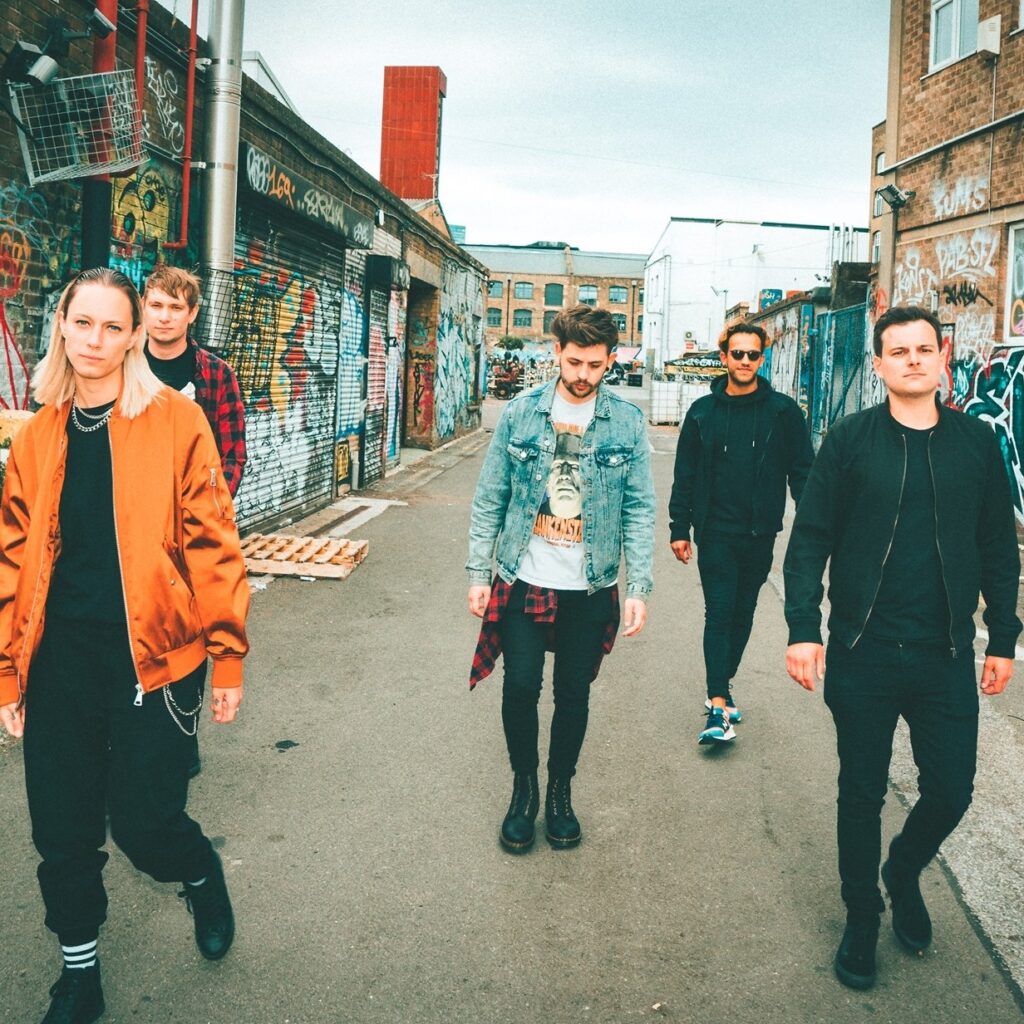 Was it your first collaboration?
Yeah!

Did you get to record it together? Or was it like, here’s the vocals, let add them?
Apparently, Ren actually recorded it in Germany and sent it over. The album is recorded by Tim he is our guitarist. The record is recorded in his studio, the same as the last one. We knew we wanted Ren to do that bit in the song, so I did it and a couple weeks later, she’s like, here you go!

Do you guys have any touring plans or are you just putting the brakes on until you’re allowed to figure it out?
We are trying to plan for the future, but it feels like every time we do it’s like, nah! As soon as we can be touring again, we will be, and around the release of the record, we plan to do some kind of London show. We don’t know what it looks like just yet but, we’re definitely doing something.

Drones was posted on December 12, 2020 for HM Magazine and authored by Danielle Martin.