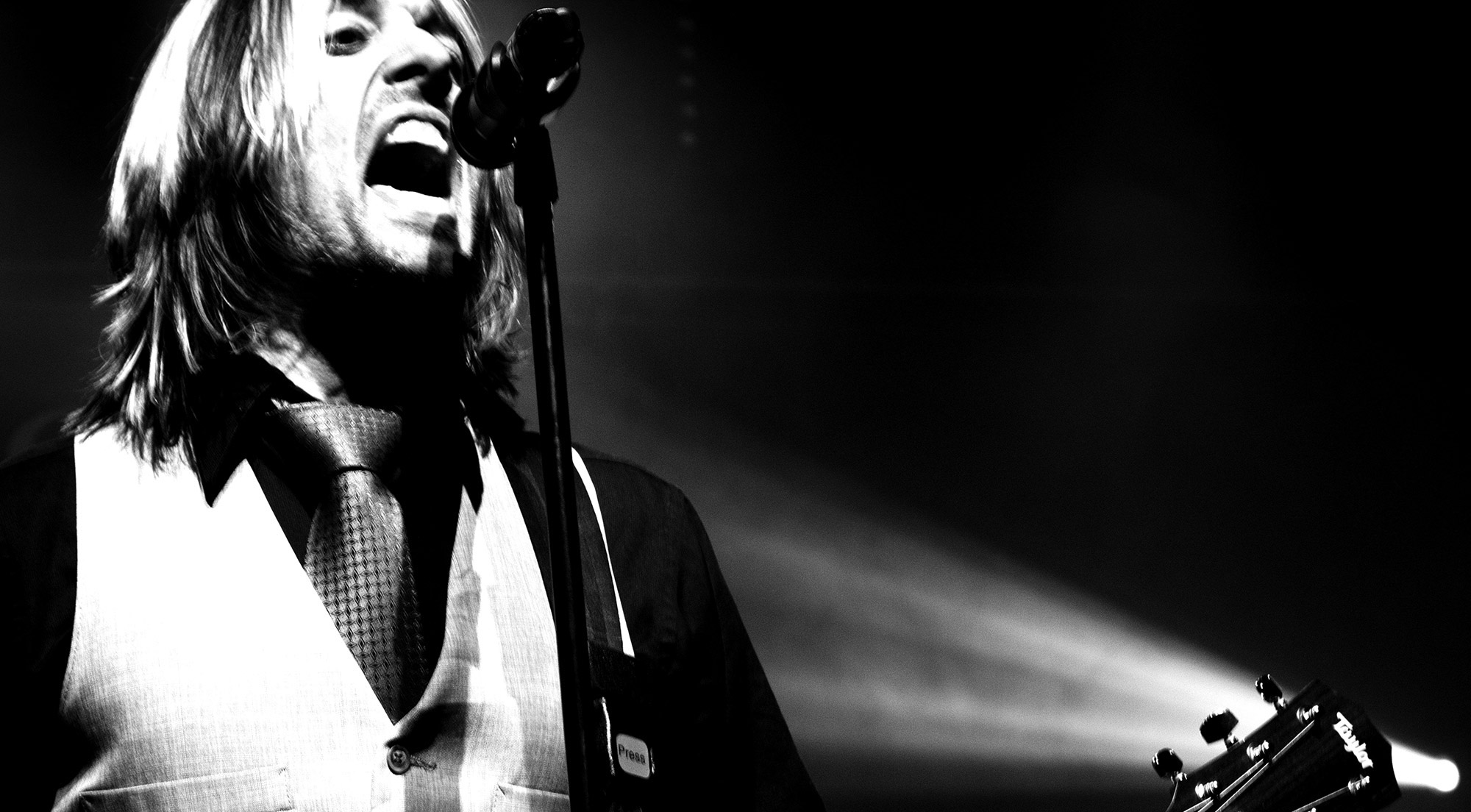 A Conversation with Michael Drive (Lee)

Widely regarded as a pioneer in the Christian metal scene, Barren Cross’s inception took place in the early ’80s, at nearly the same time as Stryper’s. Both had been on the Enigma Records label, sharing the roster with bands like Poison, Death Angel and Devo. The ’80s were known as a time of excess in the music business with flashy, big-budget videos glamorizing rock and roll decadence. Employing ultra-tight musicianship and a dynamic lead singer, Barren Cross could rock as hard as any of its contemporaries, though without the fleshy lyrics used by some of the spandex-clad, glam-metal bands. Guitar-driven heavy metal tunes played through a Christian worldview, Atomic Arena, released in 1988, was proof of the group’s wider appeal.

It was apparent that Barren Cross wasn’t pushing what the world was buying. Then, in the early ’90s, grunge took over. Suddenly, the scruffy, flannel look was in and glam melted into the background. Before slipping into near obscurity, Barren Cross had left its imprint, releasing five full-length albums and performing worldwide.

After announcing its return in 2008, Barren Cross played some reunion dates internationally, with Dean Kohn (ATTAKK, Loudness, Malice), and not Michael Drive, (once known as Michael Lee) the band’s original singer. Drive is now back in the fold. The quintessential Barren Cross lineup, consisting of Drive on lead vocals and guitar, drummer Steve Whitaker, bassist Jim LaVerde and lead guitarist Ray Parris, is in place.

I was never happy with the live album that we officially put out from Enigma Records back in 1990, Hotter Than Hell. I never liked it.

Drive tells HM that Barren Cross, with its original lineup, is working on new material and will be performing dates as they are booked. The band has just released its first live album since 1990, titled Birth Pangs: The BC Thirty Year Anniversary, which includes the fierce new track, “Whitewashed Love.”
“This would be an opportune time to record us live,” Drive says of the band’s performance at Switzerland’s Elements of Rock festival in 2012, “being that I was never happy with the live album that we officially put out from Enigma Records back in 1990, Hotter Than Hell. I never liked it. This album was recorded professionally with a mobile truck, but it was one of my worst nights on the tour. It was just terrible and I didn’t want them to put it out, but the company put it out anyway. So, lo and behold, it becomes a Barren Cross album. We have really grown as musicians since then and really have matured, and I felt this is a good opportunity to record a new recording of us. So I made sure it was tracked and then I got the tracks and I mixed them and mastered them myself. And as I was mixing them I realized as I was listening how great of a concert this was. I feel that God really blessed the show and blessed our performances. This is actually our first official album in 18 years. It’s very special for me. I am more excited about this album than any other album we’ve ever put out. This is an album I think everybody should have. I’m very excited about this one.”

With a voice that has been likened to Iron Maiden singer Bruce Dickinson, Drive’s power and vocal range is as strong as ever, 30 years on.

“I attribute that to my maker, plain and simply. You know, it’s a gift. I can’t take any credit for that. It’s not something I trained and trained to develop. It’s simply a gift that the Lord gave me. I credit Him. It is what it is and I just thank Him for it. I don’t do anything special except that I eat right, I drink a lot of water, and I try to eat organic foods and this and that. Still, you’re either gifted or you’re not.”

On his name change, Drive explains: “A lot of people were seeing me as someone with a lot of drive.” During his time away from Barren Cross, the singer/songwriter stayed involved with other artists’ projects as well as his own.

When you’re doing an unplugged set of acoustic and lead vocals and you’re performing for two hours every night, that really hones you as a musician. I’m so glad that I did that.

“In 2000, I decided to move to Europe. I moved to France. When I got there I bought a motor home that I transformed into a recording studio. What I did was I took my motor home and I began to tour across France and Germany, recording my new material with musicians that I was crossing on the road and concerts wherever I was at the time doing these solo unplugged shows. That was a blast doing that. I really enjoyed it. When you’re doing an unplugged set of acoustic and lead vocals and you’re performing for two hours every night, that really hones you as a musician. I’m so glad that I did that. I did that for a while, playing all kinds of different places. I was performing my own songs, I was performing Barren Cross songs, I was performing certain covers that I really liked. The whole experience was wonderful. In time, I’d be playing places like St. Tropez in France, in a venue that was on the beach, and then I would go back to my motor home and I would sleep. I would wake up in the morning and I would open up my drapes and there was the ocean. It was really, really cool.

“I’m helping out a friend of mine, who’s also another recording artist, because I believe in this person. This is a recording artist that had some hits in the ‘70s and ‘80s. Chi Coltrane. She had a big hit in 1972 called “Thunder and Lightning,” and then she went on to have a bunch of more hits, more in Europe, not so much in America, because she didn’t have the right company behind her in America. But “Thunder and Lightning” was a big hit in America. It got her up to number 12 on the charts in the U.S., nationally. Anyway, she had a No. 1 hit in Holland for a month. She’s actually a pretty big star over in Switzerland, Germany, Holland and different countries in Europe. She also knows the Lord. I feel very strong about giving her a hand because she had a sickness for some years that kept her out of business. Now she’s making a comeback. So I’m giving her a helping hand with everything from a music video and audio production to graphics.”

When discussing faith, Drive shares his truth about backsliding while involved in religious activity. His confession is refreshing, a testimony that could undoubtedly resonate for others.

“This would be very weird for people to hear, but I never knew God before 2006. I had a radical change that changed my life where God became real to me. Prior to that I always had religion. I went a little bit off the deep end in sin and didn’t know how to walk holy with God and how to please God. I really didn’t know how. After I was no longer married I started sleeping around with my girlfriends. I knew it was wrong but I didn’t know quite how to change that … I didn’t have the willpower. I prayed and I asked God, ‘Lord, I don’t like what I’m doing and I really want to be able to change. I don’t know how to do it and I ask that you would please show me what to do.’ So every now and then I would pray that prayer. God saw that I was sincere and he sent somebody into my life. A messenger. And what happened was, just before that, I made a decision that really sent a loud message up to God. I was going out with a girl and I was planning on sleeping with her the next night. And I thought to myself, ‘This is not good.’ I went to a friend’s house, and this was actually a different girlfriend of mine and she read a poem to me that she had written that she felt was from the Lord. For some reason, my conscience struck me really hard. It’s just what God used to strike my conscience. So I went home and I got on my knees. I said to God, ‘God, I don’t know how I’m going to do this, but I make the decision to repent of having sex outside of marriage. Prior to that, I had always been seeking God, as best as I knew how. I would always go to church; I felt a heart for the people, so that’s why I wrote all the songs that I did, like “In the Eye of the Fire,” which is against suicide. That’s basically what happened to me. That was 2006 and I have never since gone back. And I’ve stayed faithful to God ever since.”

On the new song “Whitewashed Love,” Drive admits: “I like to be direct about things. That song is birthed out of an anger toward the church and how they lied to me. I felt very lied to by the majority of churches that I had gone to because they didn’t tell me how to find God. Finally God did, through a messenger, and I finally found out how to have Him. Prior to that all I found out was religion. It’s like a man trying to survive on either the oxygen part or the hydrogen part of water. You can’t survive on either one. They’re teaching this gospel that is all love and grace and love and grace and love and grace. There’s nothing you can do to please God. All you have to do is say a few words after the preacher and magically you’re saved forever and you can never lose your salvation. That’s the biggest lie being told to us.”

Drive is optimistic about the revival of Barren Cross and says the new album should keep everyone buzzing for a while.

“I believe I have gotten better as a musician through the years, including as a lead vocalist and as a songwriter. I’m very anxious to put down in the studio the latest songs I’ve written. I just finished one of my best songs ever. It’s a very heavy song. It’s very driving.”

“We’re going to be doing mostly fly-ins, spot dates. I don’t think we’re necessarily going to be doing a tour yet. I don’t know what’s going to happen down the road. People like good music. Sometimes they don’t really look too much at the lyrics or whatever, but they like good music. Barren Cross is a good band and we’re really into what we do. It shows in spirit to the people. It’s a spirit that goes forth, I think.”

Barren Cross was posted on January 6, 2014 for HM Magazine and authored by Charlie Steffens.