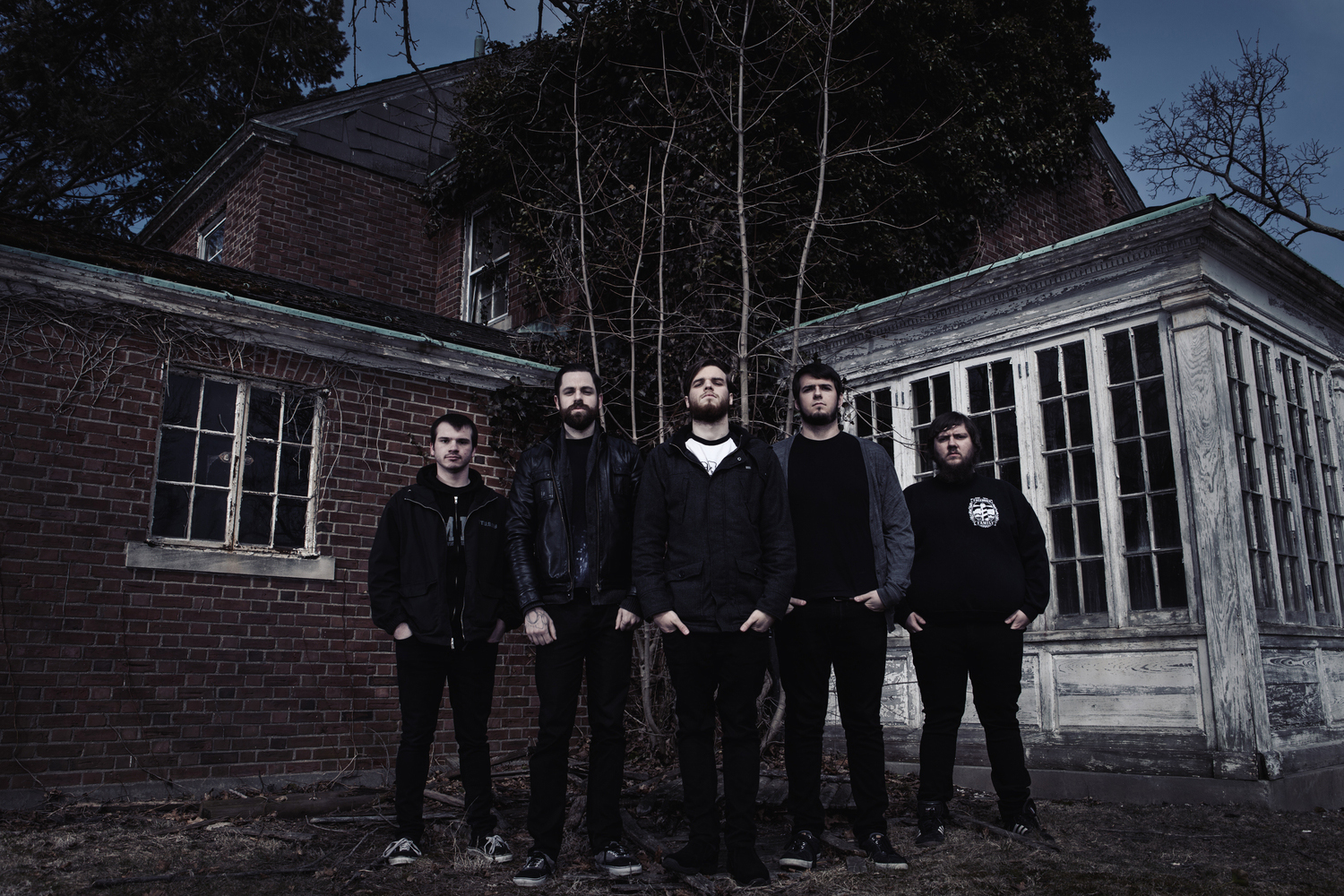 Let's just hope Ark of the Covenant's van makes it.

Through trials, strength, tragedy, and faith, Ark of the Covenant finally released their debut record, Self Harvest, at the end of April. Fresh from their set in Fredericksburg, VA, I caught up with drummer Mike Hnath. They are currently touring with Saving Grace and Those Who Fear on the Hard And Relentless tour, preparing for things to come.

“We had some van trouble in California, and in Arizona, and then again in the middle of the country. We got the van up and running again, we just finished our set, and things are going well. People seem to really dig our new stuff, and we are trying to bring the musicianship side of things to them, to show that we have grown compared to the stuff in the past.

“We had a struggle getting home,” Hnath continued. “With all the van trouble, we had to really pull together and make sure we made it here. We had to hold out financially till we got home, which, thankfully we did, but every band should be prepared for the worst case scenario. Missing dates, canceling shows, double drives—go into a tour financially stable, and don’t get stuck in the middle of nowhere.”

With the band being from the small state of Connecticut and being close to Boston, I was curious as to how they were affected as a band by the recent tragedy, as the terrorists set off homemade bombs at the finish line of the Boston Marathon.

“We were actually getting our van fixed in Flagstaff, AZ, and, when we heard about it, we were very concerned about the family and friends we have up there,” Hnath said. “We were in the waiting room watching the news, calling everyone we knew in that area. It’s crazy that something like that can happen so close to home and be such a big thing. It’s just nuts how stuff like that can happen. Our prayers are out there for all the families.”

With Greg Thomas of Misery Signals partnering up with the band again, I asked Hnath what his role has been with the band and how long they plan on working with Greg in the future.

“We were halfway done with the new album, and it sounded a lot like the EP Separation, and Greg stepped in and pushed us to make music we never thought we could make,” Hnath said. “He helped us re-write the half that we had, and he wrote the second half. Sometimes we have a pattern, a rhythm, a riff, but, on this record, our bassist and vocalist collaborated a lot. And, with our original guitarist coming back to the band, he brings a lot of technical playing that some of us do not have, where Dan has a more out-of-the-box way of thinking with some of the things he comes up with.

“Greg has really become a mentor to us, teaching us how to implement time signatures, guitar textures, and layouts of the songs and how they can benefit the songs,” Hnath said. “I think the sound we had before was cool, but with the changes we have made, it will help broaden our fan base. Our older fans will still like us, but we will be reaching out to a new audience as well.

“Greg said he would come in and help us with future albums; he is kind of like a ghost writer, along with being a producer. He is like our mentor, someone who is really here with the band in the studio and is looking out for us. Self Harvest is about a man who questions life and God. And, at the end, he realizes that, after everything, he still believes. When we did the artwork, we wanted to explain the album in an image. We gave the artist a description of what the album was about and what we were looking for, and he brought us back the cover art.”

With a new sound and a bright future, Ark of the Covenant has taken influence from multiple areas and turned them into their own.

“Our new guitarist, Brad, who was an original member, is a big fan of (technical metal outfit) Protest the Hero. We are really stoked to be able to start writing with him again to see what he comes up with. Where Greg is more about hardcore metal, personally, I am a fan of A Plea for Purging and things of that nature. Alex really likes Coheed and Cambria, so we have a wide range of influence that I think each of us brings to the band.

“While on tour, we listen to everything: ’80s music, the radio… Each of us has thousands of songs on our Androids and iPhones. We all have different playlists and songs to listen to. It makes for some weird, but cool, music that we listen to.”

With a major release on Facedown Records, it tends to put a little air in the sails of bands. Curious, I asked them about their future. Hnath opened up about their next record, and how they can keep in touch with their fans:

“We love Facedown, and in the next couple of years, we hope to have our next full length out or about to be released, and maybe another EP before that as well. Facedown is a great label, but, if a dream offer came up, you never know. Jason has been great to us, and he has been supportive of other bands leaving to bigger labels. For now, we are on Facedown, and we probably have another album or two with them.

“We have no plans to go independent. We need to have a label. All we can do is work hard, put out the best music we can, not be another cookie-cutter band that copies other bands or the typical styles that genres have set in place. We want to mold our own style and constantly grow. We will see where that takes us.

“This will be our first full length, and we are excited for that. With the lyric video out, the kids have really gone with it and know all the words to the song when we play it live. With the new single out and the video, people can hear a little bit of the new album, and our old fans are really starting to come around. Social media has really helped us with thousands of downloads and video plays, it has really helped us get us exposure.

“Technology and social media are changing all the time. We can barely keep up with it. Twitter, Facebook, and Instagram are the most popular, but we keep an eye on it. You never know what will happen next and what will become the next big thing. We are going to just wait and see what happens, you never know, something could come out of the woodworks.”

Ark of the Covenant was posted on May 5, 2013 for HM Magazine and authored by Anthony Bryant.