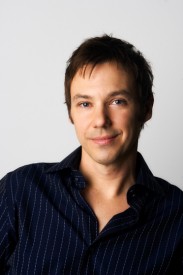 Centricity Music announced today the hiring of Steve Rice to head the company’s publishing division.  Rice, formerly with Integrity Music Publishing and EMI CMG Publishing, will oversee and be active with the development of songwriter relationships and Centricity Music’s publishing catalog.  Rice begins his new position immediately and reports directly to Centricity General Manager, Caren Seidle.  He can be reached at steverice@centricitymusic.com.

“Given Steve’s experience, success, and reputation in Christian music, all of us at Centricity feel very fortunate to have him join our team,” says Seidle.  “He brings innovative ideas and great relationships in the music community to our publishing area, which will benefit our artists and writers. This is an area we want to grow at Centricity, and Steve is poised to make that happen.

“I am eager to lead and serve one of the most extraordinary songwriting rosters in Christian music,” says Rice. “I have been nothing short of impressed with the tremendous songwriting talent and the brilliant creative team at Centricity Music. I look forward to working alongside both as we position the company for a robust future.  I am committed to work tirelessly on behalf of the songwriters, building upon their success and momentum to make Centricity Music Publishing the most creative and innovative home for Christian songwriters.”

Centricity Publishing was launched in 2005 and expanded in 2008. Since then the division has gotten song placements in film and television that include; One Tree Hill, Jane by Design, the NFL Network and more.  The company has also expanded their writer roster to include such notable songwriters such as James Teal, Josh Bronwlewee, and Geoff Hunker, along with the artists/ writers on Centricity Music’s roster.  Centricity Publishing has also enjoyed chart success with several top songs including; Jason Gray’s new single, “Remind Me Who I Am,” that is #15 on AC Monitor and #9 on AC Indicator, and Seth Mosley’s song for the newsboys, “Born Again,” that was at #1 for multiple weeks on the Billboard chart.  New cuts on current artist projects include; Peter Furler (“Reach,” “Matter of Faith”), Anthem Lights (“Can’t Shut Up”), Phillips Craig & Dean (“Speechless,” “Our God Is Here”), Country star Paul Brandt (“Together Again”), and KJ 52 (“You Are Not Alone,” “Feels So Good”).

Rice is a 25-year veteran of the Christian music industry, having served in senior management roles at Integrity Music, EMI CMG Publishing, BMG/Universal Publishing, Maranatha! Music, and Brentwood-Benson Music.   He’s viewed as one of the top “song men” in Nashville and was named Publisher of the Year by both ASCAP and BMI.  Rice has worked with some of the biggest names in Christian music including; Chris Tomlin, Switchfoot, Steven Curtis Chapman, Jars of Clay, Third Day, and Israel Houghton.  While at EMI CMG, Rice developed the highly successful Worship Together brand and worshiptogether.com, and expanded their copyrights in TV, film and gaming.  Signing with Centricity Music Publishing brings Rice full circle, as during his time at Brentwood-Benson Music he helped launch the Dove Award winning artist/songwriter, Aaron Shust, who signed with Centricity Music last year.  Rice lives in Nashville with his family.

Centricity Music is an independent recording and publishing company based in Bellevue, Washington and Nashville, Tennessee.  The company’s mission is to enable our artists to create life-changing experiences for the world. Centricity Music’s artist roster includes, Aaron Shust, Andrew Peterson, Downhere, Jaime Jamgochian, Jason Gray, Me In Motion, Remedy Drive, and Sixteen Cities.  For more information about Centricity Music visit online at www.centricitymusic.com.