This U.K. band’s debut and only release came out in 1979 on the English label, Kingsway. This is the first Christian response to the driving punk rock style of The Ramones and The Clash. Listening to this record is the audio equivalent of having gulped twenty cups of coffee. Loud, raw neurotic guitars, at a fast bratty adrenaline-pumped pace, stuttering vocals, plus all the fashionable accoutrements – leather jackets, glum looks, cryptic lettering on the lyric sheet, black and white photo of the band standing in front of a burnt building, and some classic lines like “triangular power’s got a hold on me,, “I’m checkin’ out on Mr. G,” and “ain’t no God on that radio.” Cover Note states “Special thanx to Jesus without whom the new wave would not be possible!” One heckuva great album! On the 2011 Born Twice Records: Legends Remastered Volume Two you can hear this legendary release in digital format for the first time, remastered by specialist J Powell of Steinhaus. Everything is packaged in a beautiful 6 panel digipak, including a band biography that is helpful for new fans! For fans of The Clash, Ramones, Altar Boys, Resurrection Band, and Generation X! Collect all of the Legends Remastered special series that resurrects classic Jesus Music and Christian rock releases from the 70’s! See also Amaziah & Exkursions Volumes 1 & 3 of this collectible series. 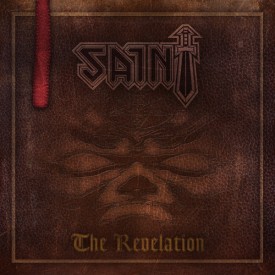 MIKE JOHNSON – VELVET PRINCE:  LEGENDS REMASTERED VOL FOUR  9.00
Available on CD for the very first time as Volume 4 in the Born Twice Records / Legends Remastered collectible full color digipak series of early Jesus Music from the 70’s. Another quality album from Johnson’s classic period (1972) that continues with the high standards set on Lord Doctor. Dynamics run the spectrum from the Dylan-esque rocker ‘On To L.A.’ and the blistering hard rock of the title track to rural acoustic ballads like ‘Standin’ At The Station.’ Johnson’s barbed wit can be found in the finger-picked rag ‘Something’s Goin’ On,’ as well as the lazy hippie country stroller ‘Your Health Food Won’t Get You Into Heaven’ (“yogurt ain’t got no savin’ power”). The opening ‘Dilemma’ has a nice moody 12-string classic rock vibe. Jazz grooves come by way of ‘Would You Believe’ (re-interpreted from the Exkursions album) and the closing instrumental cover of jazz organist Jimmy Smith’s ‘Mellow Mood.’ Mike plays acoustic and electric guitars while the friends provide organ, guitar, bass and drums. For fans of Larry Norman, Phil Keaggy, Randy Matthews, Neil Young, Exkursions, Tom Petty, and Daniel Amos! KEY SELLING POINTS Liner Notes by The Encyclopedia of Contemporary Christian Music by Mark Powell. Remastered on CD for the very first time The first Christian artist to sponsor Compassion International Ministries TRACKS 01 Dilemma 02 Something’s Goin’ On 03 Childhood Dreams 04 Your Health Food Won’t Get You Into Heaven 05 Standin’ At The Station 06 Velvet Prince 07 Would You Believe 08 On To L.A. 09 Seemingly So 10 Mellow Mood. Be sure to check out Legends Remastered Volumes One through Six (Amaziah, Bill Mason Band, Exkursions, Mike Johnson “Velvet Prince,” Mike Johnson “Artist/Riddle,” and Stronghold!
DIVULGENCE – FUTURE SEED (Bombworks) 7.80
DIVULGENCE brings together the old and sacred elements of true heavy metal, forging a brand new monolith of riffage. This new beast created is a whirlwind of progressive thrash and aggressive metal powered by chugging riffs and memorable solo’s! Out of South Carolina, DIVULGENCE has been launching metal assaults on an unsuspecting underground since 2008 when all the members were still in High School! With the band’s debut release on Bombworks Records, the members are bonded by the universal truth that heavy metal is the law, thereby unleashing the band’s brand of ripping, epic thrash. Everything begins with the purity and aggression of the 80’s Bay Area thrash scene, but DIVULGENCE further fuels its righteous onslaught with progressive metal done right. The songs are complex, unpredictable, and always interesting, but the “progginess” never detracts from the pure metal insanity. The guitar riffs are brutal and uncompromising, but very sophisticated. And they strike a perfect balance between driving metal riffs and jaw-dropping complexity. DIVULGENCE combines the influences of Believer, Extol, Slayer, Tourniquet, Death, and Skeletonwitch while pushing the boundaries of creative, extreme metal with stunning results! The underground metal scene welcomes progressive thrash titans, DIVULGENCE with open arms! Packaged in a 6 panel full color digipak! Tracks are: 1. Introduction 2. Synaptic Tide 3. The Swarm of Eden 4. Cognition 5. Hearts of Decay 6. Forlorn in Distance 7. The Great Deception 8. Rustic Skies