Being as an Ocean releases new music video for ‘Dissolve,’ announces headlining tour with ’68

Being as an Ocean recently signed to Equal Vision Records, and, as they gear up to release their as-yet-unnamed new album through the label, today they dropped a new music video for the first single, “Dissolve.” The song was produced by Matt McClellan at Glow in the Dark Studios in Atlanta, GA. (Equal Vision wrote HM to say the single is not necessarily on the new album, though writing for the album is definitely happening.)

The upcoming album will be the band’s fourth full length, following up last year’s self-titled album, which hit No. 25 of the Billboard U.S. Rock Chart. The band also recently added Sleepwave’s live drummer, Jesse Shelley, to the band as their full-time drummer.

“‘Dissolve’ has been about three to four months in the making, being written over one of our longest timelines, and we think it is one of our best yet. We, simply, have never had the time to make something this special before, and I think it really shows. Working with Matt McClellan, now for the third time, was a breeze. … Recording with him is always such a smooth and enjoyable experience, and I think that shines through, as well. It really aides the whole process, and I know it just wouldn’t be the same going to anyone else.”

The band set out on a national tour supporting Silverstein through March, before embarking on a headlining tour with ’68, Capsize and Listener. 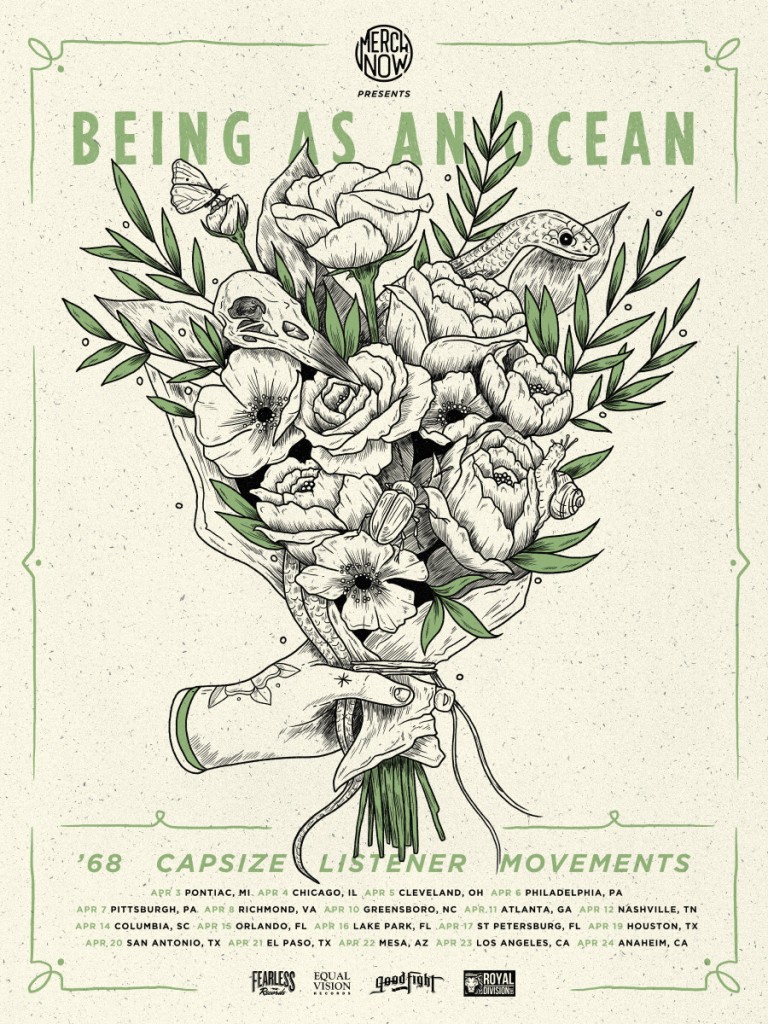