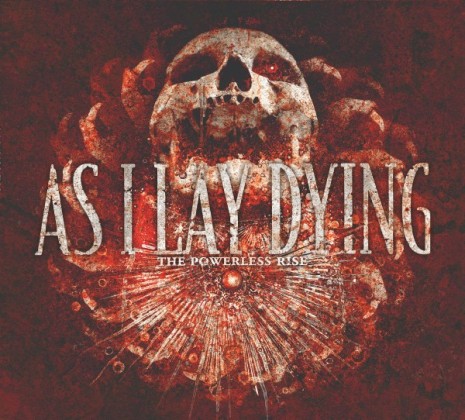 Cover art for AS I LAY DYING’s The Powerless Rise

We’ve joined forces with the Grammy®-nominated metal group AS I LAY DYING, whose last four albums count combined U.S. sales in excess of 1.3 million copies. Building on this momentum, they will release their fifth full-length album THE POWERLESS RISE May 11 via Metal Blade Records. AS I LAY DYING is currently putting the finishing touches on THE POWERLESS RISE in San Diego with producer Adam Dutkiewicz of Killswitch Engage.

THE POWERLESS RISE marks the follow up to their critically acclaimed fourth album An Ocean Between Us (Metal Blade) which debuted at #8 on the Billboard Top 200–the highest debut on the rock chart that week–and earned the group a Grammy® nomination for “Best Metal Performance” alongside metal heavyweights Slayer and King Diamond.

AS I LAY DYING–NICK HIPA (guitar), TIM LAMBESIS (vocals), JORDAN MANCINO (drums), PHIL SGROSSO (guitar) and JOSH GILBERT (bass)–have solidly built their fan base by playing thousands of shows with: Iron Maiden, Slipknot, Rob Zombie, Lamb of God, Avenged Sevenfold, Mastodon, Atreyu, Killswitch Engage, Every Time I Die, Deftones and In Flames, to name a few. The group has performed on the main stage of most of the major rock festivals around the world including the Vans Warped Tour, Ozzfest, Sounds of the Underground, Bamboozle, Taste of Chaos, Cornerstone, Wacken and the Download Festival.

Look out for a full album and world tour announcement for AS I LAY DYING soon.