A Sequence of Ghosts release Hostage(s) 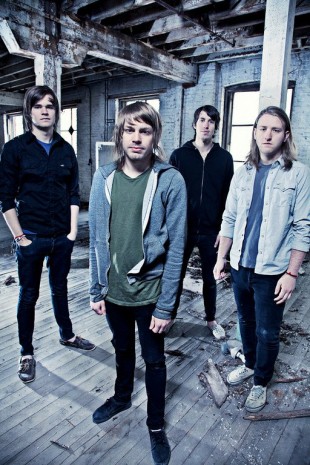 Rarely do EPs make such a meaningful and impactful mark on a music scene ripe with rip-offs and the same old same old.  While A Sequence of Ghosts have drawn comparisons ranging from As Cities Burn to Bring Me the Horizon, the Kansas City five piece has no intentions of being anyone but themselves. Hostage(s) is a crushing second effort in which ASOG truly shows their developed colors. The record is miles ahead of their previous self-titled effort and being only a year into their careers, ASOG are poised to become giants.

The record includes guest vocals from Poema’s Elle Puckett, A Bullet for Pretty Boy’s Danon Saylor and solo artist Jake Germany. The guest spots only serve to emphasize the power and heart of these tracks as they drift from the soothing ambient to the bone shattering breakdowns that carry the listener to a different world.

“Riding the subtle wave of their debut EP last summer, ASOG have crafted another gem that is sure to solidify their place in the up and comers hall of fame.” –Hopecore.com Magazine

“Whether you find yourself most attracted to the ambient chants or memorable breakdowns, A Sequence of Ghosts manage to keep things thoroughly fresh and captivating with every track.” –LMPMagazine.com