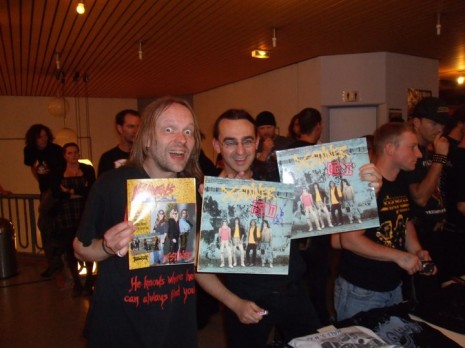 Happy Holidays From X-Sinner! The band has had a wonderful year performing on the World Covered In Blood tour and thanks everybody involved in supporting the band all these years. Next year promises to be another X-citing chapter for the band as well as they begin work on their next album “Goin’ Out With A Bang”. Many have asked if this is to be X-Sinner’s last album and to that we say: that is up to the fans. The fans had their say in the World Covered In Blood cover art contest as well as being able to critique early mixes of the album so if the demand is there, X-Sinner will continue putting out albums that rock hard. With a new controversial music video of the World Covered In Blood song soon to be aired, the band is already working in the studio on the new stuff. The first song “Runnin’ Out Of Time” will be premiered on their websites this month. Take care and we hope to see you at a show in 2011!