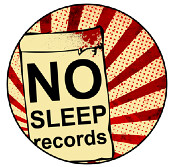 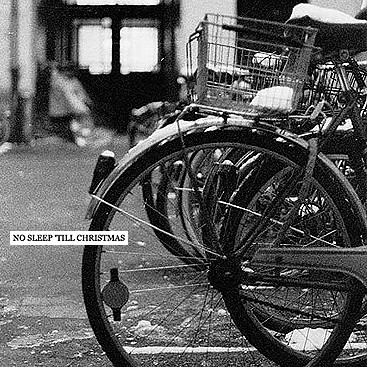 No Sleep Records has announced its third annual No Sleep ‘Till Christmas holiday compilation, and its first ever for a charitable organization. All proceeds for the release will go to RESOLVE (theresolve.org) and will be available for download at nosleeprecords.bandcamp.com on a pay-what-you-wish scale, with a minimum donation of 50 cents.

For the new release, No Sleep has brought together some of the most recognized names in today’s indie and punk rock underground including originals, covers and acoustic versions of songs from La Dispute, The Swellers, Tumbledown, Balance and Composure, The Flatliners, Into It. Over It., Aficionado, This Time Next Year and more.

About Resolve:
Resolve works to get US political leaders to take the steps needed to end Lord’s Resistance Army atrocities and to support efforts toward just and lasting peace in LRA affected communities across Central Africa. They are a non-profit advocacy organization headquartered in Washington, DC, seeking an end to one of Africa’s longest and most brutal conflicts. This conflict defines their work and drives their search for justice in central Africa. For over 24 years, the Lord’s Resistance Army has brutalized northern Uganda, South Sudan, the Democratic Republic of the Congo, and the Central African Republic through the perpetration of mass atrocities and the forcible-recruitment of children as soldiers. Resolve serves as the rallying point for political action to stop these crimes against humanity for a wide spectrum of advocacy partners, activists around the nation, and Congressional champions in Congress. This is accomplished through innovative political action campaigns, a continuous, exhaustive aggregation of the best news and analysis on the conflict, extensive field research, and through the direct lobbying of key policymakers in Washington.

* No Sleep ‘Till Christmas is currently streaming in its entirety exclusively at Altpress.com.

No Sleep ‘Till Christmas Track List
1. La Dispute – First Snow In Grand Rapids
2. Mansions – White Christmas
3. I Call Fives – This Xmas
4. Tumbledown – Run Run Rudolph
5. The Braces – Jewish Guilt
6. Hellogoodbye – Happy Xmas (War Is Over)
7. Balance and Composure – Away In A Manger
8. Jarrod Gorbel (The Honorary Title) – Salvation
9. Into It. Over It. – For Agnes
10. The Flatliners – Meanwhile in Hell (Acoustic)
11. KOJI – People In Time
12. Seahaven – Blue Christmas
13. The Swellers – This Is My Everest (Acoustic)
14. Aficionado – Complicated Coffee
15. This Time Next Year – Out On Eastern (Acoustic)
16. Annelids – Christmas Don’t Be Late