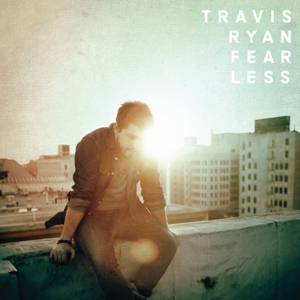 “The title track, and the whole album, is really a prayer that the church would be 1 John 4:18—There is no fear in love; instead, perfect love drives out fear,” Ryan shares. “This is a prayer for me and truth that the church must come alive to.”

Aligning his musical ministry pastorally with his church, Ryan is taking the “fearless” idea into engaging need across the world with his church’s P.E.A.C.E. Plan.  The PEACE Plan (http://thepeaceplan.com/) is a massive effort to mobilize Christians around the world to address the issues of spiritual emptiness, corrupt leadership, poverty, disease, and illiteracy by promoting reconciliation, equipping servant leaders, assisting the poor, caring for the sick and educating the next generation.

“We all wrestle with fear on one level or another, and I don’t want that to stop me from engaging the needs all around me, and encouraging others to do the same,” says Ryan. “The PEACE plan is one way we can all get involved to bring hope to a world in need.”

Sharing the message and music of his new album, Ryan will launch the new project with a special Fearless release event at Saddleback Church April 15.  At the event, Matt Redman will join Ryan to sing the song they wrote together, “Chase,” and New York Times No. 1 best-selling author and pastor of the church, Rick Warren, will deliver a message.

As a worship leader for Saddleback Church, Ryan has led worship for such organizations as Campus Crusade for Christ, Student Venture, The Purpose Driven Life Worship Conference and at numerous universities.  He also spent time as an associate producer for Marantha Music and played with bassist Brent Kutzle, now a member of OneRepublic.  Born into a musical family, Ryan’s father wrote songs for Maranatha during the Jesus movement.

Married with two young sons, Travis says, “If I died, these are the songs I would want my children to point to and say: that was my dad; my dad believed that. This is an altar to God.”

Kingsway and Integrity Music are the music divisions of David C Cook, a nonprofit global resource provider serving the Church with life-transforming materials. Headquartered in Colorado Springs, Colorado, Kingsway and Integrity Music’s resources are distributed in more than 160 countries and sold worldwide. Additional information can be found at www.kingswayworship.com and www.integritymusic.com.