Trans-Siberian Orchestra Is Back With New Album 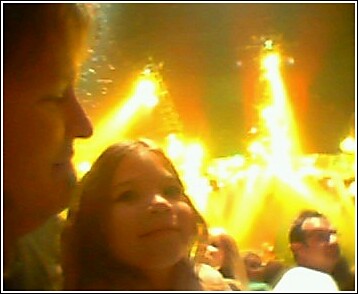 Atlantic recording group Trans-Siberian Orchestra has announced the upcoming release of its hugely anticipated new album.  “NIGHT CASTLE” will arrive in stores and all digital retailers on October 27th.

Years in the making, “NIGHT CASTLE” is without question TSO’s most ambitious and adventurous work to date.  Founder Paul O’Neill and crew have created 26 songs that run the gamut from hard rock to classical, taking the listener on a journey through different points of history.  “NIGHT CASTLE” details the triumphs and follies of man but is ultimately an epic story of transformation and love.  The two-CD set will be released at a special low price, and will include a unique 68-page booklet, featuring story, lyrics, and full-color illustrations by legendary artist Greg Hildebrandt.

“Obviously our fans have been unbelievably patient,” O’Neill says.  “This was supposed to come out a few years ago.  But we were dedicated to making something really special, and the longer it took, the more pressure we felt to give people the best possible piece of art we could.

“These are hard times,” he adds, explaining the lower price, “and we’re trying to do what we can to make them better.  We believe in value with Trans-Siberian Orchestra; everything we do – the shows, the albums, the souvenirs – are over-the-top productions with a lot of stuff for people to see and hear and feel, and we do that for as inexpensive a price as we can.”

“NIGHT CASTLE” will be preceded by the first single, “Nutrocker,” which ships to multi-format radio outlets nationwide later this month.  The track sees TSO paying homage to one of their greatest influences, Emerson, Lake & Palmer, and features rock icon Greg Lake on bass.

One of the most successful live acts in music history, Trans-Siberian Orchestra has slated a major North American tour to bring “NIGHT CASTLE” to its legions of loyal fans.  The massive trek – which includes both matinees and evening performances in many markets – begins on November 1st and rolls on through early January (see attached itinerary).  For up-to-the-minute news and on-sale information, please see www.tsotickets.com.

With sales in excess of 7 million – including nearly 2 million CDs and DVDs sold in the past two years –Trans-Siberian Orchestra is among the most popular groups of the modern era.  The Orchestra debuted in 1996 with the timeless “CHRISTMAS EVE AND OTHER STORIES.”  Highlighted by the remarkable hit single, “Christmas Eve/Sarajevo 12/24,” the album has since achieved 2x platinum certification from the RIAA, with sales now rapidly approaching 3 million.  Two further albums completed O’Neill’s Christmas Trilogy:  1998’s “THE CHRISTMAS ATTIC” and 2004’s “THE LOST CHRISTMAS EVE,” both of which are currently approaching 2x platinum certification.  All three of the Orchestra’s Christmas-themed albums have proven enduring blockbusters, returning annually to the top 10 on Billboard’s “Top Catalog Albums” and “Top Holiday Albums” charts.  “BEETHOVEN’S LAST NIGHT,” TSO’s rock opera fantasy about “what could have happened” on Beethoven’s final night of life has also been certified gold.

Released in 2001, TSO’s full-length DVD, “THE GHOSTS OF CHISTMAS EVE,” has also received RIAA platinum certification.  Narrated by the late award-winning actor Ossie Davis, the magical production – which features guest appearances from Jewel and Michael Crawford – is the annual centerpiece of PBS’ holiday programming, airing over 500 times in more than 120 markets since 2002.

TSO has also made an array of high-profile TV appearances, including bravura performances on such shows as ABC’s Good Morning America and Live with Regis & Kelly, and NBC’s The Today Show and Late Night with Conan O’Brien.

As visionary on stage as they are in the studio, TSO is one of the fastest-growing live bands on the road today, with attendance increasing consistently each year.  The group has performed before more than 5 million people since 1999, with a total live gross now exceeding $200 million.