The Old-timers to Record New Album

The Old-timers to Record New Album 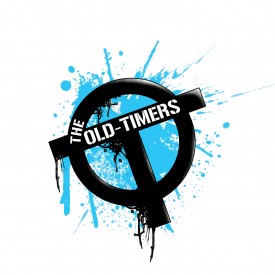 The Old-timers are a punk outfit from South Africa, formed by good friends Dave & Don. Dave is originally from England and moved to South Africa with his wife and kids in late 2009 as full time missionaries, working with the needy and underprivileged in prisons, on the streets, in schools and wherever else God leads them. Don is a native of South Africa and is also married with two kids, and works as a youth pastor for his church as well as running his own pie company.  Both have been involved in punk since an early age, playing in bands, promoting and running ‘zines in their respective home towns. Most notably Dave played in Dragged Out with former members of The Exploited & Voice Of The Mysterons, and Don has played with a variety of musicians and was involved in multiple organizations and ‘zines who helped promote the anarcho-punk scene in Port Elizabeth in the early 90’s.

The Old-timers’ recording process is pretty unusual as Dave & Don live twelve hours apart.  Further complicating matters is that drumming is handled by Matt Lagusis from False Idle at the Simpul Studios in Boise, Idaho, in the United States.  Leveraging modern technology, the Dave & Don put vocals and music together, then forward it over for Matt to add the drum track, then back to South Africa for mixing and mastering.

The purpose of The Old-timers remains what it has always been – to glorify God in every song, to reach a desperate world with the good news of God’s grace & love and to have a ton of fun while we’re doing it!   Musical influences include GBH, Hit The Deck, Minor Threat, Officer Negative, Crass, Headnoise, Conflict, God So Loved The World and many other old school punk and early hardcore bands.  Get ready for SOLI DEO GLORIA! coming in February 2012.

You can download a free copy of the Old-timers first album at:   http://theold-timers.bandcamp.com/

All proceeds from the sale of SOLIO DEO GLORIA! will be donated to support the Missionary work by Dave and his family at Siloam Christian Ministries (http://www.siloam.org.uk/089.htm), which provides medical aid, education and social help.  You can also donate to help support Dave’s efforts (please e-mail info@siloam.org.uk to confirm that your gift is for Project 089).  Many in the Christian punk community have come together to support “SOLIO DEO GLORIA!”, which will be released jointly by Thumper Punk Records, Veritas Vinyl and Caustic Fallout.  The Old-timers artwork was graciously contributed by Dave Besanson Originals, and digital mastering services are being provided by Lanthanum..