The Felix Culpa are back 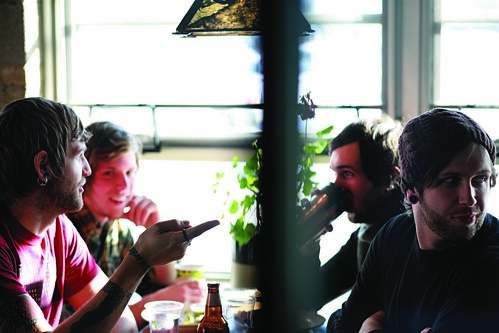 An early contender for best album of 2010. Don’t sleep on it. – Alternative Press Magazine

…a bona fide post-hardcore epic… the album runs the gamut in terms of textures. – Absolutepunk

One of the most important releases of 2010. – DecoyMusic.com

Since their 2002 formation, The Felix Culpa have focused on taking the road less traveled, no matter how long it might take. After delivering a stunning debut (2004’s Commitment) and getting written up numerous times in such tastemaking publications as Alternative Press, the band – vocalist/guitarist Marky Hladish, bassist/vocalist Tristan Hammond and drummer Joel Coan – found themselves being courted by numerous labels, all looking to capitalize on the band’s uniquely aggressive and starkly beautiful take on art rock. Instead of striking while the iron was hot, the band receded from the spotlight, playing the occasional show – including a run as the backing band for Braid/Hey Mercedes frontman Bob Nanna – and, after picking up guitarist/vocalist Dustin Currier in 2007, beginning the long, arduous process of creating their second album, Sever Your Roots.

Over two years in the making, Sever Your Roots (originally self-released by the Culpa in January 2010) finds the band firing on all cylinders. From the unhinged guitar madness in “Our Holy Ghosts” and the head-spinning drumming of “The Constant” to the scathing lyrics and pummeling rhythms of “An Instrument” to the gorgeous arrangement and soaring chorus of “Apologies,” there is nary a flaw to be found over the album’s 66-minute run time. Very few musicians can create music even worth listening to these days; even fewer can create art. The Felix Culpa are that rare breed of band who grasp the importance of both melody and dissonance, and Sever Your Roots is a true masterpiece.

2010 has been the busiest year yet for the Culpa; the band have been on the road with the Dear Hunter, Balance And Composure, O’Brother, Sainthood Reps and more, even being invited to Austin, Texas, by Gotta Groove Records to play their showcase during this year’s South By Southwest Music Festival. Couple that with a mountain of positive press in response to Sever Your Roots, and it was a no-brainer that the band would once again have labels knocking at their door, with rising indie label No Sleep Records (the Wonder Years, La Dispute) coming out on top. No Sleep will reissue Sever Your Roots in January 2011 which the band will support well into the year with nonstop touring.

* The Felix Culpa are currently putting the finishing touches on the video for new song “Our Holy Ghosts.”
Pre-orders for the Sever Your Ties reissue coming soon! 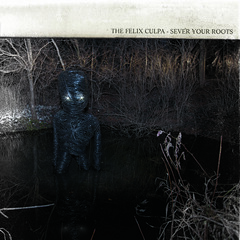 (Disc 1, “Sever Your Roots”)
1. New Home Life
2. Our Holy Ghosts
3. The Constant
4. Roots
5. Escape To The Mountain, Lest Thou Be Consumed
6. The First One To The Scene Of An Accident Always Gets Blood On Their Hands
7. Unwriting Our Songs
8. Mutiny
9. Rum & Cigarettes
10. Because This Is How We Speak
11. It’s Raining At Indian Wells
12. What You Call Thought Control, I Call Thought Control
13. An Instrument
14. Apologies