Summer Snow should be hit for families

‘Summer Snow’ Changes the Game for Faith Based Films

We have posted clips from the movie, media coverage and give you an insiders look. 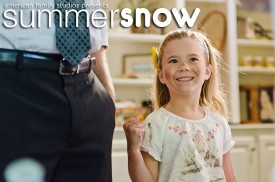 ‘Summer Snow’ Changes the Game for Faith Based Films