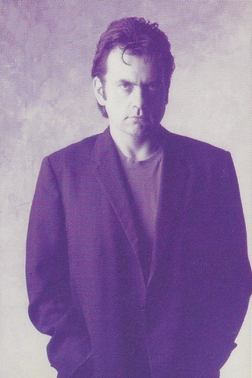 Name 3 bands that, had they not released a certain album at a certain time … and you would not exist as an artist.
The Beatles

If there wasn’t music, what skills would you use and what would you do?
I’d concentrate more on making (better) visual art and I’d do more writing.

When asked to describe yourself by comparing yourself to others (the dreaded “Recommended if you like” question), who would you list?
No idea. I could list the  different artists I like  for different reasons….but whether I’m anything as good as them, or if I have unconsciously borrowed from them is really not my call.

What’s a secret or little-known fact about you that would make you the darlings of the music world if we all knew it?
I still write songs. Larry Norman, 77s have covered stuff. I’d like more covers. I’d like to write for people.

If there was another band and another album that you could give everyone as a present for Christmas, what album would that be? Why?
Comsat Angels `Fiction’   Strong album by under appreciated band from late 70s/ 80s/90s

What is one belief, conviction, idea, or passion that you honestly think might’ve been deposited inside you or given to you by God?
The Gospel of John is an important text to consider when thinking about Christian Art and culture(s)

What’s one of the most memorable things (either good, bad, or funny) that’s happened at one of your shows?
Performed `No Memory of You’ at a `Christian’ coffee house (this spoken word piece using  looped background of Indonesian prostitutes talking)  During an intermission some Christian truck drivers wanted to take me to one side and `show me the way of the Lord more perfectly…’

If you had a chance to perform for most of the televised world and play just one song, which song would you play … and why?
(in theory) `No Memory of You’…to me ..its so sad, and  even more relevant today.

If a super surgeon removed all of your emotions and the ability to feel any emotion for the rest of your life, which one or ones would you most want to have back? Why?
I’d like grief and joy back, please……and maybe anger. Serenity would be good. Feeling the right things at the right time, and doing something (constructive) with or about them.

If you could ask God one question, what would you ask Him?
How did something so simple end up so complicated?

What’s the best video on youtube (like, if our readers had to type in a word or a few to search it, what would the keywords be?)??
There’s a youtube clip of the Comsat Angels performing  `After the Rain’ and `What Else’ off `Fiction.’ (Comsat Angels live `after the rain’)

There’s a youtube clip of Nicolas Bourriaud, curator at Tate Britain, I think,…explaining why Postmodernism is dead, and comparing today’s artists to computer programmers and Turntablist style DJs (Bourriaud Altermodernities)

If someone came to you and said, “Hey! I need to make some changes in my life…Help me out! I’m going to take one piece of advice from you and apply it to my life and/or make it a habit for 30 days. What would that piece of advice be?”
Read the Gospel of John (a lot!!) , call me  regularly and let me know what you think..

In 4 sentences or less, explain how you creative entity (as a solo artist) came to exist. (and give us a date)
(formative influences: Mother taught me to read/encouraged artistic and literary aptitudes etc…)

When I left art school in the mid 1970s, I was not a very good artist, and I really did not understand or emotionally connect with much art.

When I came to USA in late 1970s, I hoped to survive as a singer/songwriter, and spend time thinking about and exploring  the `real’ art that I liked.

During the 1970s/80s I found myself thinking about the different relationships/connections between art and faith more deeply….I hoped this showed up in what I was performing and writing.

When I got off the plane in Bali, Indonesia in the late 1980s, everything began to connect/integrate/make sense in a new kind of way.

Please list all of your album titles, instruments played, book titles, and location/hometown.
BORN IN WALTHAMSTOW, LONDON: LIVE IN SACRAMENTO, CALIFORNIA.
OK, on the fly from memory. approx dates.

`We Dreamed that We Were Strangers’ Glow Records(1996)

`Crying for a Vision (expanded)  Alivingdog/Authorhouse 2005

What is the release date of your next (or latest) album? Or what is the next big date on your calendar?
`Emotional Tourist’  (retrospective album) early 010, Arena Rock Records, Portland Ore.

What’s one question you’d always wanted to be asked in an interview? (and please provide your answer)

Currently in the works????
Well, in addition to the Arena Rock retrospective album, I’mcreating/finishing up  more sound loops  from my travels to accompany another spoken word project(working title: How Many Words for Sorrow?)

My next `book on the arts’   will be a reflective/devotional commentary on the Gospel of John ( title: `The Wedding at Cana’). I’m writing it now, will blog sections soon, and already have an interested publisher.

What is one of your most lasting memories of St. Petersburg , Russia ?
Visiting a children’s hospital ward . We were in a side room crammed  with kids. Geoffrey  Stevenson did a mime piece, and then while Graham Kendrick led all the kids in a Russian language version of `Shine Jesus Shine’….a  small worship team from Korea (apologies to them: cannot recall exact name of group)did a beautiful fan dance. To say `you had to be there’ is an understatement. 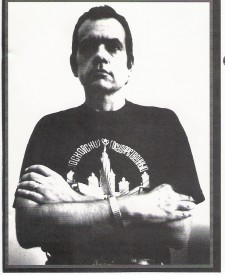 More background on Steve Scott and works can be found at

http://en.wikipedia.org/wiki/Steve_Scott_(poet)
INCLUDING a link to this 1990 ACM interview with Gord Wilson
http://www.acmjournal.net/i05-ssc.htm
AND this more recent
http://alivingdog.com/SteveInt.html