RELIENT K WANTS FANS TO “FORGET AND NOT SLOW DOWN” 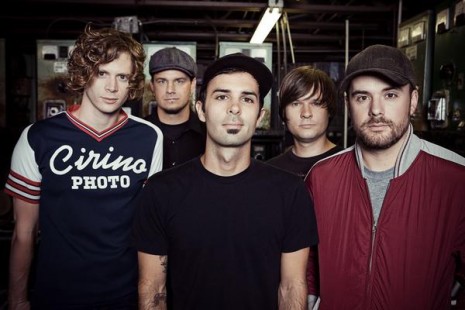 Relient K is asking fans to Forget And Not Slow Down on October 6 as they launch the first release since taking helm on the newly revived record label, Mono Vs. Stereo, in conjunction with Jive Records.

“The songs that tend to be the fan favorites in the past are the ones about making mistakes but ultimately moving past them,” says guitarist Matt Hoopes. “And this record has a lot of that feeling. No matter what trials and tribulations you encounter in your life, it doesn’t have to be the end of your story. You can move on and be happy and experience joy.”

On this latest release, the band teamed up with longtime producer Mark Townsend, and enlisted legendary mixer Andy Wallace (Nirvana, Jeff Buckley, Sheryl Crow), as they carried the ‘break-up album’ into the 21st century, tweaking it with clear-eyed songwriting and a four-to-the-floor optimism that is positively refreshing. 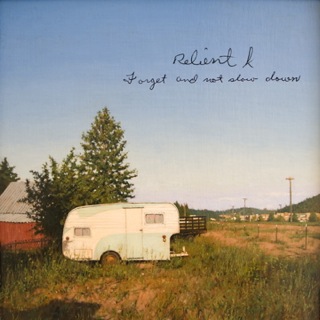 To prep for Forget And Not Slow Down, Matt Thiessen retreated to a remote house in Winchester, TN in isolation for several months writing material for the new record. During his sojourn, Thiessen stayed in constant contact with Hoopes and the rest of the band – drummer Ethan Luck, bassist John Warne and guitarist Jon Schneck – sharing song ideas and mapping out a direction for the album. One guiding principle soon emerged: this record should rock.

“We definitely wanted to make a rock record,’” front man Matt Thiessen confirms. “We wanted it to be uptempo and energetic. As far as the sonic aspect, we wanted to make it less modern sounding, with classic rock textures – Counting Crows, Foo Fighters, those kind of ‘90s albums. That was a good time for rock ‘n’ roll.”

Always known as a fan favorite, Relient K gave fans the opportunity to tune in to the making of Forget And Not Slow Down by airing “In The Studio” webisodes on their website. To view these episodes, including a special appearance from Vince Gill, visit www.relientK.com.

Relient K will also embark on “A Three Hour Tour” with Copeland and Barcelona this fall. The shows are scheduled to kick off in New Haven, CT on Oct. 1, tour dates listed below.

Relient K has been making the real thing since 1997, when Thiessen and Hoopes formed the band in high school. In the decade since, they’ve released five full-length albums (three are certified Gold), five EPs and a Christmas record. They have toured the globe, and racked up several hit singles, a Grammy nomination, two Dove Awards and performances on The Tonight Show with Jay Leno, Late Night with Conan O’ Brien and Jimmy Kimmel Live. The Los Angeles Times has praised Relient K for “its smart blend of punk pop and power pop, weaving together influences as diverse as the Beach Boys, Blink-182 and Fountains of Wayne” while Spin noted, “Few bands play punk-influenced modern rock as proficiently.”