The Band Kicks Off Tour with Hometown Performance at Bunbury Music Festival on July 15th! 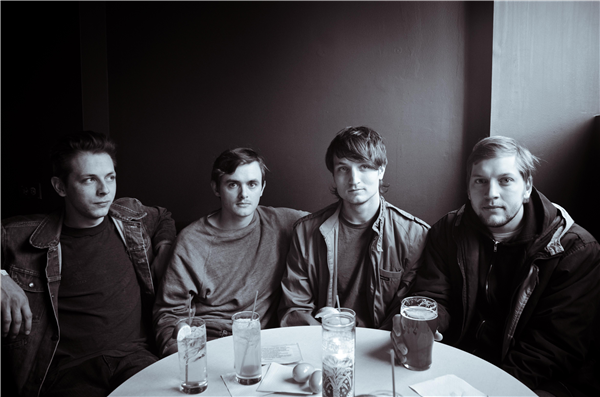 Cincinnati’s Pomegranates are excited to hit the road this summer to embark on a US tour in support of their new full-length studio album Heaven – out now on Modern Outsider.  The trek kicks off with a hometown show at Bunbury Music Festival on July 15th where they will be playing alongside a number of notable artists including Death Cab for Cutie, Neon Trees and City and Colour.  This marks the band’s first tour in support of the new album.

The new album is their fourth and was co-produced by the band and Miguel Urbitztondo, who has worked with Cracker, Sparklehorse, Daniel Johnston, and many others.  Heaven is another beautiful album of dreamy art-pop that’s filled with pulsating guitar sounds and plenty of reverb that has the press weighing in favorably again. Consequence of Sound said the new album is “…Ample proof that the band knows their way around a pop song” and BlackBook says the album is the band’s “…most listener-friendly…” and the songs “…show the band’s ability to pull off love songs as well as their trademark quirky pop.” BrooklynVegan chimed in as well, stating that “Heaven throws a little grit and grime onto the band’s usually sparkling pop and it’s a spunkier record too, but still with their penchant for big hooks and melody.”

The new album debuted at #27 on the CMJ charts, which was the #1 highest debut of the week and currently sits at #19 on the overall chart.  CMJ also premiered the music video for “Surfing The Human Heart” which can be viewed here: http://www.cmj.com/news/video-premiere-pomegranates-surfing-the-human-heart/ and they commented that the song, “…stands out as a glowing ballad.”

The month long run will take Pomegranates all over the East Coast and through parts of the Midwest.  See below for current dates and check http://Pomegranatesart.com & http://www.facebook.com/pomegranatesart for the most up-to-date information.