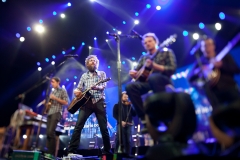 PASSION 2012 LEAVES 42,000 STUDENTS WITH A BATTLECRY FOR FREEDOM CALLING THEM TO PUT FAITH INTO ACTION AND TOGETHER BE A FORCE FOR GOOD
Louie Giglio Concludes Passion 2012 Celebrating Students’ Impact For Freedom From Human Slavery
with $3.3 Million Given
Passion 2013 to Return to Georgia Dome
New Passion 2012 LIVE Recording Set to Release March 13
A call to Do Something Now in the name of Jesus rang through the arena at the Georgia Dome in downtown Atlanta on the final day of Passion 2012 this past Thursday. Passion founder Louie Giglio challenged students to not live in anticipation of “what’s next” but to take action today and pursue what makes them come alive … and do it for the glory of God.
Throughout the four-day gathering, 42,000 students representing 31 countries and more than 1,700 campuses learned about the horrific realities faced by the 27 million people worldwide who are enslaved as forced laborers, child laborers or trapped within the all- too prevalent sex trade.
“We believe that this generation of students has the ability to put an end to slavery,” said Bryson Vogeltanz, Chief Steward of Do Something Now for Passion Conferences. “We believe that God receives much glory when worship and justice are wed as one. It’s about doing something in the name of Jesus to free people all over the world who are enslaved.”
Passion’s call to Do Something Now exists to marry worship and justice, empowering each individual to join efforts and together, be a force for good in the world.
In total, students gave $2.5 million toward freedom with an additional $500,000 donation from another couple attending the conference and $300,000 being given online since the closing day,  bringing the total amount given to $3.3 million. These monetary gifts will be used to support 20+ projects around the world by organizations that are focusing on prevention, rescue, and restoration for the 27 million men, women, and children entrapped in modern day slavery.
Not only did students give financially to impact people all over the world, but they also provided enough towels and socks to the homeless shelters in Atlanta to supply them for more than a year. More than 36,000 towels and 150,000 socks were donated.
CNN captured the heart of Do Something Now this year in a story profiling the efforts being made by the students and the heart and purpose behind Passion. Click  here to watch the story.
At the end of the day, Giglio asked students to live fearlessly and take action in their faith. Many students spend countless hours pondering the question “What am I supposed to do?” Giglio answered that daunting question during Thursday’s closing session, “Well, what are you good at? Do it, and as you do, move to the top of your prayer list, ‘God will you give me the words to fearlessly proclaim the gospel?’”
Students roared Thursday morning when Giglio announced that Passion would yet again be back in the Georgia Dome in 2013, but this time, with the anticipation to take down the curtain and open to seating in the round. Being that the gathering sold out at 42,000 prior to its start, this new possibility would open the experience to nearly 71,000 students next year.
Passion 2012 is a four-day gathering for college students and was led by renowned teachers Louie Giglio, John Piper, Francis Chan, and Beth Moore, among others, as well as lead worshipers Chris Tomlin, David Crowder Band, Charlie Hall, Matt Redman, Christy Nockels, Kristian Stanfill, and more.
On March 13th sixstepsrecords will release a new LIVE recording featuring Passion 2012 worship leaders Chris Tomlin, David Crowder*Band, Charlie Hall, Matt Redman, Christy Nockels, Kristian Stanfill and more. The album will feature some familiar songs while also highlighting brand new music spurred from Passion 2012. This will be the follow-up record to Passion: Here For You, which debuted at No. 11 on Billboard’s Top 200 when it released in March 2011 selling over 30,000 units and garnering the No. 1 spot on the Christian Albums Chart.
To track along with the Passion movement throughout the year, follow @Passion268 on Twitter, find on Facebook at http://facebook.com/Passion268generation or visit http://268generation.com. To track the freedom efforts visit http://dosomethingnow.com.
###
About Passion: Centered on Passion’s core scripture, Isaiah 26:8, the unique purpose of Passion is to gather college students from campuses and churches across the nation, uniting them across ministry and denominational lines to seek the face of God together in worship and prayer. Affirming and valuing the work of local churches and campus ministries, Passion seeks to foster unity and connectivity among them, encouraging them to draw strength and encouragement from each other, resulting in a louder anthem of God’s renown.
About sixstepsrecords:
Founded in 2000 by Louie Giglio, sixstepsrecords is a worship label and a division of Passion Conferences. sixstepsrecords’ artists include Chris Tomlin (How Great Is Our God: The Essential Collection) David Crowder*Band (Give Us Rest), Charlie Hall (The Rising), Matt Redman (10,000 Reasons), Christy Nockels (Life Light Up), Kristian Stanfill (Mountains Move), and Passion (Passion: Here For You). The label partners with Sparrow Records/EMI CMG Label Group for A&R, marketing, sales and distribution operations.