New Theocracy album on the horizon 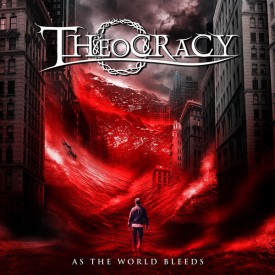 The Athens, Georgia-based melodic metal band THEOCRACY will release their new album “As The World Bleeds” on November 25th in Europe through Ulterium Records and on November 21st in North America through Nightmare Records. The album will also be released as a double gatefold vinyl edition, strictly limited to 500 copies worldwide.

“As the World Bleeds” can be pre-ordered through the Ulterium Records Store: http://www.ulteriumstore.bigcartel.com

Theocracy is heading to Europe for an eight date headliner tour starting October 21st that will take them through Holland, Germany, Switzerland, Slovakia and Czech Republic.