New Paramore video (“The Only Exception”) 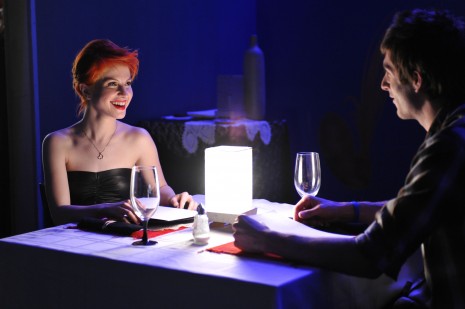 Check out Paramore’s new video for “The Only Exception” http://www.youtube.com/watch?v=-J7J_IWUhls Embed Code: Paramore are also set to kick off their Spring Tour on April 26th including a headline slot at The Bamboozle New Jersey on May 1st. The tour comes hot on the heels of Paramore’s recent European itinerary, a blockbuster trek that saw the Grammy Award-nominated band blowing the roof off of sold-out arenas across the continent, including London’s 12,500-capacity Wembley Arena. Paramore’s acclaimed third album, “brand new eyes,” has just been certified gold by the RIAA for sales now exceeding 500,000. The band recently won “Favorite Rock Band” at the 2010 People’s Choice Awards. In addition, their smash single, “Decode” – featured on Summit Entertainment/Chop Shop/Atlantic’s “TWILIGHT—ORIGINAL MOTION PICTURE SOUNDTRACK” – was nominated as “Best Song Written For Motion Picture, Television, Or Other Visual Media” at the 52nd Annual Grammy Awards. www.paramore.net