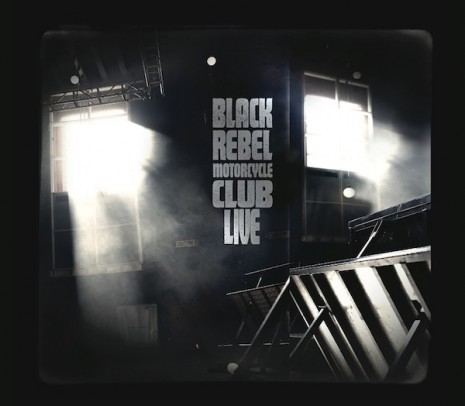 – Black Rebel Motorcycle Club today reveal the tracklisting and cover art for their previously announced three-disc Live DVD due out November 10, 2009 on Abstract Dragon/Vagrant.  The band is also giving away a free remix of “Not What You Wanted” to fans today via their website; www.blackrebelmotorcycleclub.com.

The DVD features over two hours of live concert footage from three sold out shows in Berlin, Dublin and Glasgow. The footage documents the end of the band’s 2007 tour in support of Baby 81, their most recent full-length release and was directed and edited by Tessa Angus with live audio mixed by BRMC’s own Peter Hayes.

The second bonus DVD features over ninety minutes of intimate, behind-the-scenes footage as well as additional performance footage. The package is rounded out by a bonus audio CD featuring 14 songs from the concert film and a 48-page photo booklet.

The Los Angeles, CA-based group is currently at The Station House studio in Hollywood finishing work on their fifth studio album. The as-yet-untitled album is expected to have a March 2010 release.