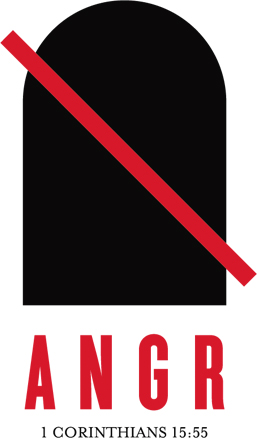 ANGR is dedicated to working alongside the most engaging spirit-filled bands from deep within the heavy music underground whose ambitions reach beyond simple scenes. A collection of individuals with diverse approaches and points of view but a shared overall vision. The bands who are associated with ANGR place a high value on the words within their music, their interaction with their audiences and their impact upon the world from an artistic and philosophic standpoint. Not every band evangelizes, but none will compromise the heart of what they’re doing.

CENTURY MEDIA RECORDS has been known for 20 years as one of the most innovative and ground breaking indie music labels in the world. Long has the label pushed forth and developed some of the leading metal and hard rock bands no matter the genre tag applied, 2011 sees this grow one step further with their new partnership alongside the ANGR brand.

ANGR was developed by Ryan Downey a Ryan “The Dog” Nelson, both music veterans whose experiences stretch across media, management, merchandising and touring. ANGR will not only develop talent but also actively publicize charitable causes worthy of support.

AIN’T NO GRAVE RECORDINGS and CENTURY MEDIA RECORDS are excited to welcome their first two signings to the new label: SLEEPING GIANT and THE GREAT COMMISSION.

SLEEPING GIANT represent a great and terrible day when all living things return to dust; and their sound is as formidable as one might expect the apocalypse should be. The band has toured as part of the “Scream the Prayer Tour” as well as stints with Demon Hunter, Winds of Plague, Stick to Your Guns and more proving that they are at the forefront of the hardcore scene. THE GREAT COMMISSION prides themselves on being one of the heaviest live acts around, playing live with six members, three of which are guitarists and have drawn comparisons to everyone from Hatebreed to Impending Doom. The band has toured relentlessly including stints with Maylene and the Sons of Disaster, For Today, Impending Doom, Demon Hunter, Throwdown, We Came As Romans, Oceano and more. Both bands are hard at work on their initial offerings for ANGR which are expected to surface later in 2011.

“Ain’t No Grave (Can Hold This Body Down)” is an old traditional country standard, most recently popularized by Johnny Cash. The spirit within the song’s lyrics and the life of truth-seeking, honesty, worship and rebelliousness against convention led by artists like Cash and other giants in the contemporary artistic world is at the heart of what ANGR looks to accomplish. Stay tuned for more news on the label, Sleeping Giant and The Great Commission.