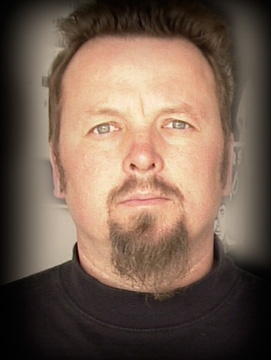 Roxx Records and Ne Plus Ultra Music are set to release the debut solo CD from the axeman that helped define the sound of both Deliverance and Fasedown, the man… ‘Michael Phillips ’ the album… ‘Mirrors within Mirrors’.

‘Mirrors within Mirrors’ is an eccentric piece of work that if you had to define could be called an epic journey to the ear containing both progressive elements intertwined with acoustic pieces throwing in some slight touches of the defining metal and thrash that he has so clearly helped define. This release is a true masterpiece of music that truly tells a story, but not just any story this is his story and his life!

This release is both an escape and a defining moment for Michael as he was able to truly break free of all the boundaries and labels often put on artists. Michael had complete and utter freedom putting this very special release together for all to hear. He even recruited a little help from his friends for this one including some very special guest appearances from Jim Chaffin (Crucified, Fasedown), Mark Solomon (Crucified, Stavesacre), Jimmy Brown (Deliverance, Jupiter VI), Devin Shaeffer (Fasedown, Once Dead) , Matt Davis (Oh Sleeper) , Bill Bachman (Neal Morse) and Scott Waters (Ultimatum, Once Dead)

This limited edition release will be made available to the world on October 13, 2009. The first 100 pre-orders only will come with an exclusive limited edition poster personally autographed by Michael Phillips.

For full details and pre-order information visit www.roxxproductions.com or www.neplusultramusic.com