Post-hardcore band Matter recently announced they will be touring this August with Papertowns. The Santa Claria, CA band has roots in 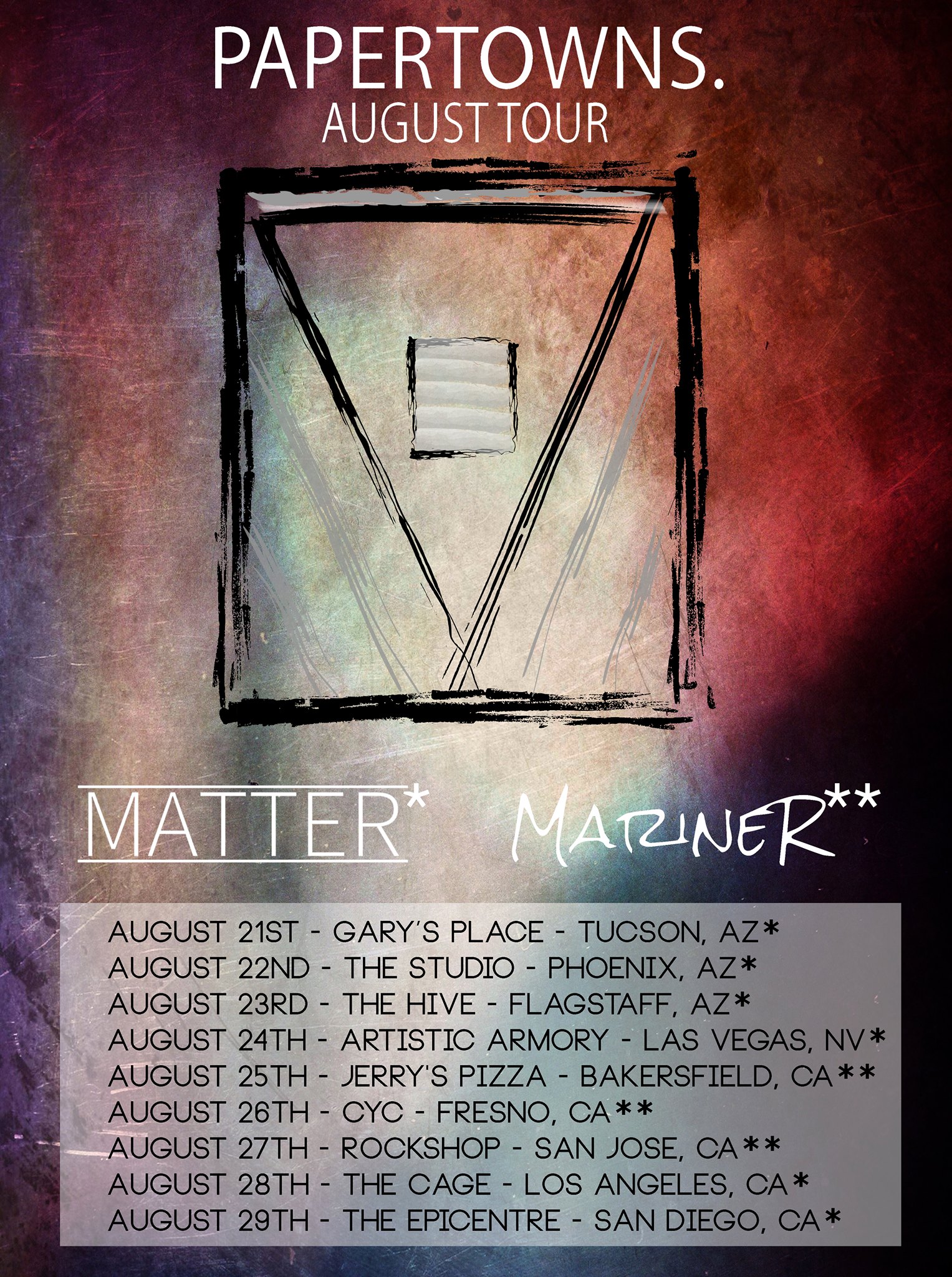