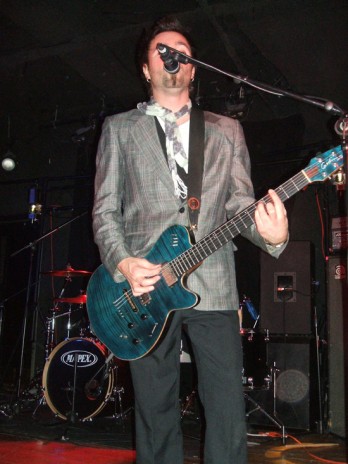 As one of Canada’s most popular Christian bands, Manic Drive earned a record seven GMA Canada Covenant Award nominations this year, taking home two awards for Rock Album of the Year and Video of the Year. The music video for their hit single “Blue” climbed to #2 on Gospel Music Channel’s rock video chart, and is a regular fixture on numerous outlets nationwide. Manic Drive has toured throughout the summer, including main stage performances at Ichthus Festival, SoulFest, Uprise Festival, Unity Christian Music Festival, Rock the Desert and JoshuaFest.

In addition to heavy touring and a new radio single (“Closer”), the band has an aggressive promotional schedule which includes upcoming appearances on Live from Studio B, Atlanta Live, FamilyNet’s Mornings and the nationally syndicated mainstream morning show Daytime.

Stryper is touring in support of their latest studio album Murder by Pride, which was released in July. The tour will feature all four original members wearing new yellow and black stage outfits from the original designer and performing the band’s hits from the last twenty-five years.