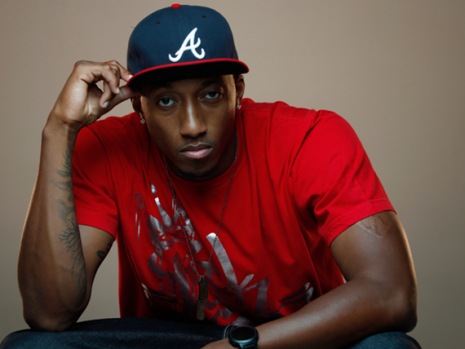 Having established himself as the frontrunner of Christian Rap, Lecrae broke into the Billboard Top 200 Albums debuting at No. 17 with REHAB, while reaching No. 3 on the Top 10 Albums chart on iTunes. With an offering of rehabilitation found in Christ alone, Lecrae also maintained his established base, reaching No. 1 on the Billboard Contemporary Christian chart and No. 1 on the Billboard Gospel Albums chart.  The impact of this album continues to spread across the globe, receiving nominations for several awards including a Grammy for Best Rock/Rap Gospel album.

The Dove Awards is Christian/Gospel music’s biggest night of the year, where top artists from every style of gospel music come together for a night of music and celebration as the GMA bestows the industry’s highest honor. This year’s awards show was held at the Fox Theater in Atlanta, GA and will be nationally televised on GMC TV April 24 at 8 PM and 10 PM ET. For more information, please visit www.doveawards.com or www.gospelmusic.org.

Founded in 1964, the Gospel Music Association serves as the face and voice for the Gospel/Christian music community and is dedicated to exposing, promoting and celebrating the Gospel through music of all styles including Pop, Rock, Praise & Worship, Urban Gospel, R&B, Hip Hop, Southern Gospel, Bluegrass, Country and more. The GMA community membership consists of agents, artists, church leaders, managers, promoters, radio personnel, record company executives, retailers, songwriters and other industry visionaries. The GMA produces the GMA Dove Awards and IMMERSE.