Jason Castro’s New Record Due Out Next Year 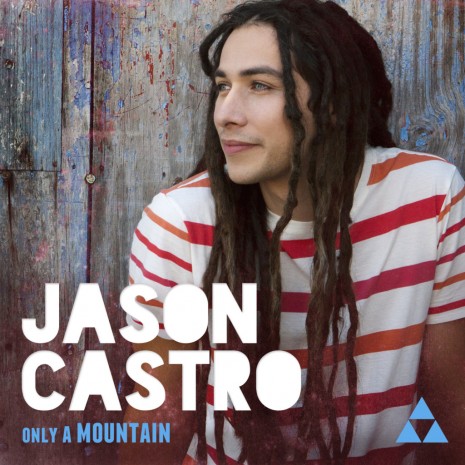 Internationally-renowned recording artist, Jason Castro, announced today that he will be releasing his sophomore Word Entertainment studio album, Only A Mountain, on January 15, 2013. The upcoming album’s title track, “Only A Mountain,” went straight to the Top 5 of the iTunes Christian & Gospel Songs chart last week when it was released to online retailers (iTunes link:http://smarturl.it/jasoncastro). On August 28, Castro will release both a digital and Walmart exclusive EP, entitled Starting Line EP, both featuring tracks from the new album. The digital EP will be available at all online retailers.

On this new 11-track album, Castro really comes into his own and reveals strengthened musical chops in addition to a new-found polish and confidence. Jon Caramanica described Castro in a New York Times article, “…no one rushed Mr. Castro to pin down his style…He’s got it down cold now, though: 1960s pop with bright guitars, slashed through with a contrarian streak…Jack Johnson and Jason Mraz should be nervous.” Castro collaborated with producers Matt Bronleewe (Jars of Clay, Michael W. Smith), Ben Glover (Britt Nicole, Francesca Battistelli) and David Garcia (TobyMac, Jamie Grace) on this album while writing or co-writing every song.

The overriding theme of the album is laid out in the title, Only A Mountain. Over the past few years, as Castro has been honing his craft and finding his place in the world, he has been faced with a lot of challenges and adversities. Only A Mountain is very much about his journey and the five words that guided him along the way, “you just gotta have faith.” The tracks on this album combine that principal theme with Castro’s melodic and heartfelt sounds.

“I really can’t begin to tell you how excited I am about my new album, Only A Mountain. I’ve had some amazing things happen to me recently – marrying my wife, the birth of our daughter – and now this. Life really is beautiful, and that’s what I want people to be reminded of when they listen to these new songs,” said Castro. “It’s been a long and exciting road getting to this point where I am now. A place where I feel like I have really discovered myself, both musically and personally, and this album really captures that journey. A journey full of struggles, but never absent of hope. I think that’s what comes out in these songs. Regardless of where you come from or what you’re going through, there’s hope here for everyone.”

On August 28, the digital and Walmart exclusive EPs will feature the following tracks from the new album:

Only A Mountain Track Listing:

Internationally-renowned recording artist Jason Castro has topped radio charts in multiple countries, including: Norway, Singapore and The Philippines. His self-titled debut album entered the Billboard Top 200 Album chart at No. 18. Throughout his career, Jason has appeared on television shows such as “TODAY,” “The Ellen DeGeneres Show,” “Access Hollywood,” “The Bold and the Beautiful,” and “The Bachelor” and has appeared on the pages of Rolling Stone, USA Today and The New York Times. Jason’s second studio album will be released in early 2013.