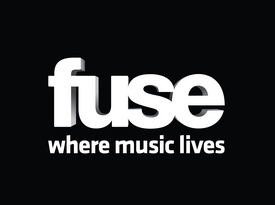 “Off Beat” Picked Up for 12 Episodes; Slated to Premiere This Summer

Fuse, the national music television network of The Madison Square Garden Company (Nasdaq:MSG), today announced the expansion of its music programming with pick-up orders of three new, original series, all set to premiere by early 2013.

“There are amazing stories to be told in the world of music, and we’re trying to find them all,” said Brad Schwartz, SVP Programming & Operations, Fuse. “We’re thrilled to produce this exciting slate of three signature series centered around interesting characters leading amplified lives.”

The below shows join previously announced brand new episodes of the Fuse breakout hit “Funny or Die’s Billy on The Street,” premiering this fall.

“Off Beat” — A weekly half-hour mash-up of the funniest and most outrageous music-themed Internet videos and viewer-created clips, hosted by comedian Mike E. Winfield. Mike E. has not slowed down since his debut on “The Late Show with David Letterman” and, most recently, his reoccurring role on NBC’s “The Office.” Production is underway for
12 episodes, which are set to premiere this summer. “Off Beat” is produced by FishBowl Worldwide Media and Executive Producers Vin Di Bona, Bruce Gersh, Susan Levison and Beth Greenwald. Mike Gibbons
(“Tosh.0”) is signed on as a creative consultant and the showrunner is Steve Melcher (“The Showbiz Show with David Spade,” “Penn & Teller’s Bullshit!” and “Impractical Jokers”).

“Warped Roadies” — A behind-the-scenes look at the inner workings of the Vans Warped Tour as it travels across the country with more than 60 bands. With the rollout of ten episodes this fall, viewers will get to experience firsthand what it’s like for the young crew that keeps the tour rolling from city to city, while trying to enjoy the greatest, and yet most challenging, summer of their lives. “Warped Roadies” is produced by Magilla Entertainment (“Bayou Billionaires,” “Moonshiners,”
“Long Island Medium”) and Executive Producers include Matthew Ostrom, Brian Flanagan and Laura Palumbo Johnson.

“G-Life” — With eight episodes set to kick off in 2013, “G-Life”
follows an Italian-American rapper and his larger-than-life family as they try to launch the first “family style” run record label:
Tracketeering Records. Viewers will get an inside look at G-Fella, along with his unrestrained and crazy relatives, as they do everything they can to achieve musical stardom. This new reality series is Executive Produced by Vem Miller (“Tattoo Rescue,” “Harvest”) and produced through Miller’s Sweatshop Media.

Fuse is a dynamic media destination that amplifies audience’s lives by instigating meaningful connections through music information, storytelling and experiences. The production of the above shows reflect Fuse’s robust expansion pipeline, as the network furthers its commitment to adding original programming to the existing music-focused lineup. “Off Beat,” “Warped Roadies” and “G-Life” are the perfect complement to Fuse’s signature programming currently on-air, which includes music trivia game show “Funny or Die’s Billy on The Street,”
Fuse’s one-on-one artist interview show “On The Record” and the live concert series “Fuse Presents” which has featured the biggest names in the industry, including Drake, Red Hot Chili Peppers, Linkin Park, Maroon 5, JAY-Z, John Mayer, Kanye West, and Fall Out Boy.

Fuse, the national television network dedicated exclusively to music, brings viewers closer to their favorite artists and bands by featuring original series and specials, exclusive interviews, live concerts and video blocks — all rooted in the music experience. Celebrating the hit makers of today, familiar favorites and edgy newcomers, Fuse accommodates the wide ranging tastes and attitudes of its 18-34 year-old audience with compelling music programming on-air, on-line, on-demand, in HD and via mobile technologies. Fuse is a part of MSG Media, which includes television networks MSG, MSG Plus, MSG HD and MSG Plus HD, as well as MSG Interactive, which oversees all company digital initiatives. MSG Media is a division of The Madison Square Garden Company (Nasdaq:MSG), along with MSG Sports and MSG Entertainment. MSG Sports includes the New York Knicks (NBA); the New York Rangers (NHL); the New York Liberty (WNBA); the Connecticut Whale (American Hockey League); and MSG Entertainment includes concerts and events at Radio City Music Hall, Madison Square Garden, the Theater at Madison Square Garden, the Wang Theatre in Boston, the Beacon Theatre, as well as the legendary Chicago Theatre, and manages wholly-owned live entertainment properties including the Radio City Rockettes and the Radio City Christmas Spectacular. Additional information about Fuse can be found at www.fuse.tv.