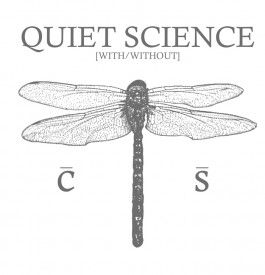 Just wanted to let you know that Quiet Science’s debut full length album, [With/Without] comes out tomorrow.
The Album single “Ghost and The Grave” is available for free (link below), and (courtesy the band) we’re also giving away a couple of copies of the record. To enter the album giveaway, just send an email to contest(at)hmmag.com with the words “Quiet Science” in the subject heading. We’ll select two randomly in the next week and the band will send you the album if you are selected as one of two winners.

You may be familiar with these guys, as they’ve gained quite a following in Florida and in other regional areas in the last year. They’ve appeared at Cornerstone Festival in Illinois and toured with such bands as Underoath, Sleeping At Last, Anberlin, and mewithoutYou. [With/Without] will be released on May 4 and is the band’s first full length album. They previously released two EP’s that gained traction through magazine mentions in Alternative Press and their various support tours.