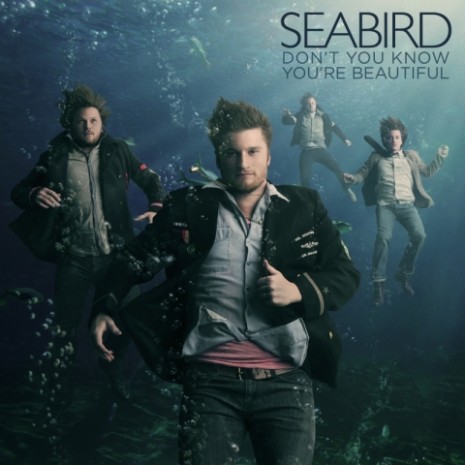 New Music From Seabird! Seabird is back with a new single entitled Don’t You Know You’re Beautiful which hit all digital outlets this past Tuesday, November 3. The track is pulled off of their sophomore album, Rocks Into Rivers, which releases on December 15.

A follow up to Seabird’s 2008 critically acclaimed label debut, ‘Til We See The Shore, Rocks Into Rivers features top-notch production by Paul Moak (Mat Kearney, Sixpence None The Richer) and Matt Hales from Aqualung. The band split its time between Ocean Studios in Los Angeles and The Smoakstack in Nashville, honing what brothers Aaron and Ryan Morgan are calling their most exciting project to date.

Cincinnati-based Seabird comprises brothers Aaron (vocals/keys) and Ryan (guitar) Morgan as well as Preston Lane (drums). The band signed with Credential Recordings in late 2007 and released its debut label project,‘Til We See The Shore, June 24, 2008. A collaborative effort with producers Jacquire King (Modest Mouse, Kings Of Leon, Tom Waits, Switchfoot) and Allen Salmon (Mute Math), the album received phenomenal national publicity, featured on episodes of “Numb3rs,” “Grey’s Anatomy,” and promos for ABC’s 12-time Emmy-nominated series, “Pushing Daisies.” The band was also recognized by its hometown as “Artist of the Year” at the 2008 Cincinnati Entertainment Awards and toured with artists including Barcelona, Meese, and Jars of Clay throughout the spring and summer of 2009.

Thanks to the folks at EMICMG, here is their new single (which I enjoyed hearing at a recent show in Austin), called “Don’t You Know You’re Beautiful.” Enjoy!

[Instructions: To download – right-click and “Save link as” the song link below to save the mp3 file on your hard drive. To stream – left-click and your default media player should start playing it. Problems? Give me an email at dvanpelt-at-hmmag-dot-com.]