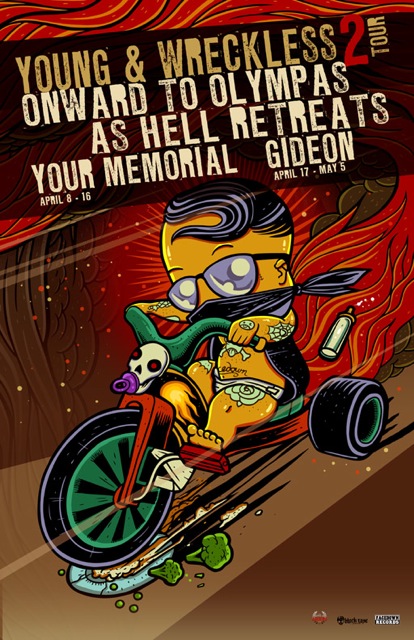 Facedown is launching the second Young and Wreckless tour this spring featuring Onward to Olympas, Your Memorial, and As Hell Retreats. They will be joining up with the newest addition to Facedown, Gideon. Tour dates below.