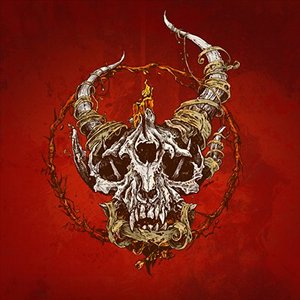 Mammoth metal-ers DEMON HUNTER offered fans a first taste of what is to come on their highly anticipated new album True Defiance when they dropped the blistering track “Someone To Hate.” Now, the hard-hitting mainstays are offering fans a unique opportunity to put their own spin on the song via a Remix Contest hosted by premier online music creation site Indaba Music.

“Someone To Hate” is an exciting glimpse of what’s in store for fans on the band’s forthcoming sixth album, True Defiance, which is set to drop April 10th. The track has racked up more than 80,000 plays online since its recent debut and has been creating a buzz ever since, with notable rock and metal outlet Loudwire calling the song “a hard-hitting track that showcases the band in all its glory,” and stating that it “definitely should get DEMON HUNTER fans excited.”
Produced by Aaron Sprinkle (ANBERLIN, EMERY) and mixed by Jason Suecoff (ALL THAT REMAINS, TRIVIUM), True Defiance finds DEMON HUNTER continuing in their hard rock evolution while embracing the components that have always formed the backbone of their music: true metal, dark rock and balladry.
The album marks a vital new chapter in the celebrated history of DEMON HUNTER, who are currently marking their 10th year of writing, breaking and erasing the rules of hard rock. Not ones to rest on their laurels, however, the members have created an album that not only lives up to their own lofty standards, but sets a new high-water mark for what DH is capable of.

“We’ve been extremely underwhelmed with metal for the last five years or so, and that’s been the fuel to create this record,” Clark explains. “With an extreme over-saturation of false, fleeting, trend-hopping noise in today’s metal scene, we had to make something we’ve been longing to hear. Something truly meaningful and artistic. Something our fans would love and something that will turn the heads of those who have ignored us for the past decade.”
True Defiance marks DEMON HUNTER‘s first outing since 2010’s The World Is A Thorn, which debuted in the Billboard Top 40 and was hailed as the heaviest, fastest, and most aggressive record of the band’s career. The album yielded hit videos in “Collapsing,” which has racked up 1 million views online, and “LifeWar,” which was viewed over 100,000 times in the past month. The World is a Thorn was preceded by Storm the Gates of Hell (2007), The Triptych (2005), Summer of Darkness (2004) Demon Hunter (2002), and the three-disc CD / DVD set 45 Days, which collectively sold half a million copies and garnered airplay on college and specialty radio, Fuse and MTV2’s Headbangers Ball and earned the band cover features in publications like Revolver and HM.

As previously announced, DEMON HUNTER are preparing to embark on a string of European dates with support by DEADLOCK, NIGHTRAGE and INSENSE that sees the band visiting five countries.

About Indaba Music (www.indabamusic.com): Indaba Music pioneered the online music collaboration space, enabling anyone with internet access to connect with musicians from around the world to create, edit and mix studio-quality music online. Indaba Music then expanded to provide musicians with opportunities from iTunes distribution and other sales tools to remix contests, original song contests and commercial music licensing. Indaba Music’s community has over 650,000 members from 205 countries and territories.