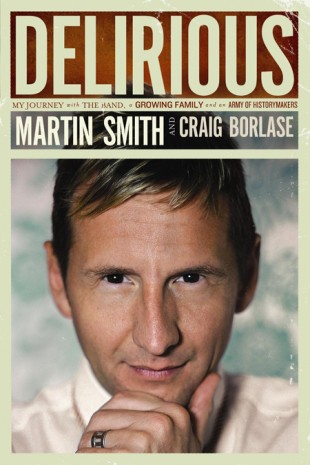 Martin Smith, one of the men behind the modern Christian worship movement, challenges readers in his autobiography, Delirious: My Life, Mission, and Reflections on the Global Worship Movement.  Martin Smith fell in love with God early in his life.  By his teen years, he was captivated by songs that expressed true intimacy with God.  As he grew, he married a pastor’s daughter and became involved in his church’s outreach events.  He began playing his own songs with a band at the events.  Then, in 1995, Smith was involved in a near-fatal car accident.  During his weeks of recovery, he decided to become a full-time musician.  His new career quickly took off and he became the lead singer for the band Delirious?.  Touring with groups such as Bon Jovi, Bryan Adams, Matchbox Twenty, and Switchfoot, Smith’s life became a whirlwind of balancing work and family.

Yet Martin still wrestled with questions every Christian faces: How do I balance my “ministry” with my family?  How do I know what God is leading me to do?  Can I hold on to my first love for God while still holding on to the wisdom gained over years?

Then, while visiting India in 2007, Smith met Farin, the daughter of a prostitute living in a Mumbai slum.  This girl was the same age as one of his daughters, and without help she too would end up facing life as a sex worker.  Within a matter of hours, Smith’s life was challenged and changed like never before.  He returned home, his head confused, his heart wrenched.  How did this compassion find its place in a life already so full?  In his book, we follow Smith’s journey as he realizes that it isn’t his job to fix everything but instead to be in a relationship with his Saviour.  “I love the story of God telling Moses to go back and command Pharaoh to set his people free.  Moses knows that the only way of it working is if God goes with him.  If God goes with us.  How’s that for a guide to making those big decisions?  Forget the profit or the profile, why not just ask Dad and see if He’s in it?  I’ve not seen enough decisions made this way.  But if we got better at going back to God instead of charging on alone, don’t you think the world would be a better place?  Couldn’t this be the clearest signpost to transformation?” Smith asks.

Smith reflects on everything from the craft of leading worship to the challenges of parenthood to finding a place of compassion within a culture of consumerism.  Along the way, he challenges readers, “Are you going to be spectators or agents of change?  Are you going to read history or make it happen?  Are you just going to sing the songs or will you live them out?”  Always personal and often surprising, Smith’s story will spur readers to embrace the action God wants them to take.

About the Author: Martin Smith is a singer, guitarist, and songwriter from England.  He was the front man for the Christian rock and worship band Delirious? for seventeen years.  Delirious? released numerous records, with some of their songs hitting the top twenty UK charts.  In their career, Delirious? played many major conferences, festivals, events, and crusades.  They won numerous Dove Awards, were nominated for a Grammy Award, and produced songs such as “I Could Sing of Your Love Forever” and “Did You Feel the Mountains Tremble?”  Smith collaborated with the other members of Delirious? for the book I Could Sing of Your Love Forever and with other artists to complete The Art of Compassion book and the CompassionArt CD and DVD.

Delirious: My Life, Mission, and Reflections on the Global Worship Movement by

And now … a word about Martin’s wife… 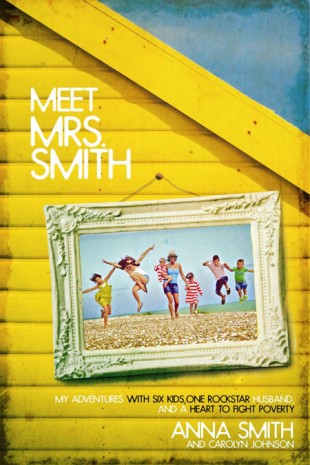 Are you tired of just feeling bogged down by your daily life?  Do you wonder if your life will have an impact on your family or, even yet, the world?  Come join Anna Smith as she encourages you to live a life of abandoned love for Christ.

Meet Mrs. Smith is Anna Smith’s life story—the story of how God used her, alongside her husband Martin, to raise a family, live a wild life for God, launch the worldwide phenomenon that is Delirious?, and start a ministry to orphans around the world.  With a good dose of spiritual insight, parenting advice, and wry humor, Anna shares the hard lessons she’s learned.  She also shares stories from behind some of Delirious?’s most popular songs while encouraging readers with her warm authentic voice.

For fans of Delirious?, the history-making band that launched the modern-day worship movement, Meet Mrs. Smith will be a feast of behind-the-scenes stories and insights.  This book is both the autobiography of Anna Smith and a kind of parallel chronicle of the launching and life of the band itself.  Smith writes about the ups and downs of her personal adventure alongside her husband Martin and shares insight and encouragement from the trenches of motherhood.  She even includes her invaluable “Ten Parenting Survival Tips.”

Anna Smith and her husband’s journey with God is both one of deep reflection, artistic exploration, and intense compassion for people and orphans in poverty around the world.  This book is about not settling for just getting the job done—in life, as a parent, or in our career—but doing everything in the best way possible.  It’s about embracing the here and now and enjoying the good, the bad, and the downright messy that life throws your way!

Meet Mrs. Smith is a profound look at one family’s quest to foster a rich spiritual life.  How can we care for others while living well in a consumption-driven world?  Smith reminds us that God never wants us to settle for less, but calls us to live and work with all our soul, even when life gets messy.  Take Smith’s words to heart and get ready to surprise the world with your gifts, your passion, and your desire to do great things for God.

About the Author: Anna Smith is a wife and mother of six children.  Her husband Martin was the lead singer for the band Delirious? for over sixteen years.  Smith and her husband founded CompassionArt, a nonprofit organization built to raise money through art and music to help orphans and the poor around the world.  Meet Mrs. Smith is Smith’s first book.  She and her family reside in the seaside village of Rustington, England.