Bo Bice to perform on Justin.tv 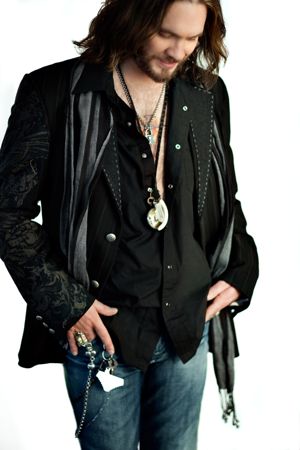 Bo Bice will perform a special live concert from his own studio on October 13th, exclusively broadcast on Justin.tv (www.justin.tv/bobice) at 5:00pm PST / 7:00pm CST / 8:00pm EST.  Not just a concert, the event gives fans the unprecedented opportunity to interact directly with Bo, where they can request favorite songs, ask him questions and chat with the charismatic musician.  Fans can also submit questions in advance via Justin.TV (www.justin.tv/bobice) to be answered during the show.  Several will be selected to receive special prizes including copies of 3, autographed memorabilia and other exciting items.  The performance will include selections from his latest album, 3, and a special version of his radio hit “You Take Yourself With You.”

“When I first heard about what I could do via Justin.TV, I jumped at the chance to set this up.  Any fan that can’t get to one of my concerts can tune in on October 13th and it will be like I’m performing right there in their own home, where they can come right up to me and ask me questions or tell me stories I might not ever get the opportunity to hear,” said Bice.

“Bo has a very close relationship with his fans, and this live concert is an innovative way to give them something special,” said Mike Jason, Senior Vice President Retail, Saguaro Road Records.

Bo’s third album, aptly titled 3, was released on May 18th (via Saguaro Road Records in association with his own Sugar Money Records).  With soulful southern blues and rock, gospel-like choruses, Americana and country, the new album is much like Bice himself; irresistibly likeable, filled with easygoing charm and undeniable talent.  Bice’s Southern sensibility, earthy vocals and decidedly non-pop performances won over a nation of fans during the fourth season of American Idol, where he landed as the runner-up to Carrie Underwood.   His first single, “Inside Your Heaven,” reached #1 on the pop chart when it was released in 2005 and was certified gold after it became the second-highest debuting song of the year.  His album (The Real Thing) debuted at #4 shortly afterward and was also certified gold, his 2007 follow-up (See The Light) was ranked #1 by VH-1, and he later sung lead on Santana’s single “Brown Skinned Girl” (certified gold).  3 is Bice’s third album and first for Saguaro Road Records and features the radio hit, “You Take Yourself With You.”