The duo recently released Midnight, a limited edition 7″ on No Sleep Records. ’68 has plans to release a new full-length LP later this year. The band is currently on tour supporting Chiodos. Tour dates are available in the image below. 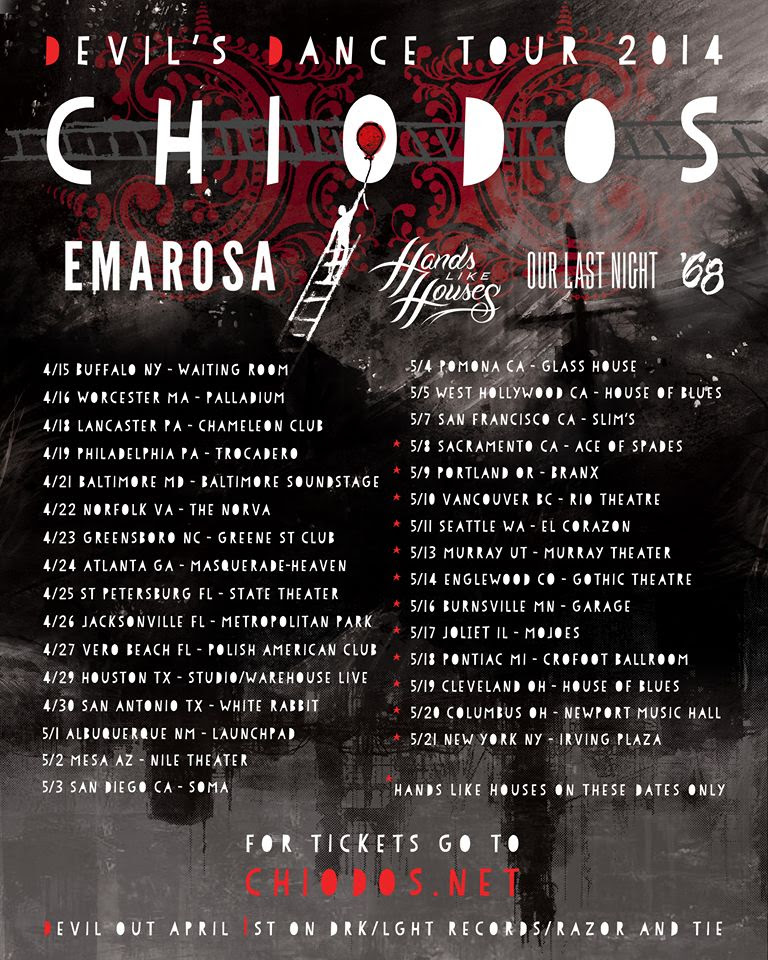